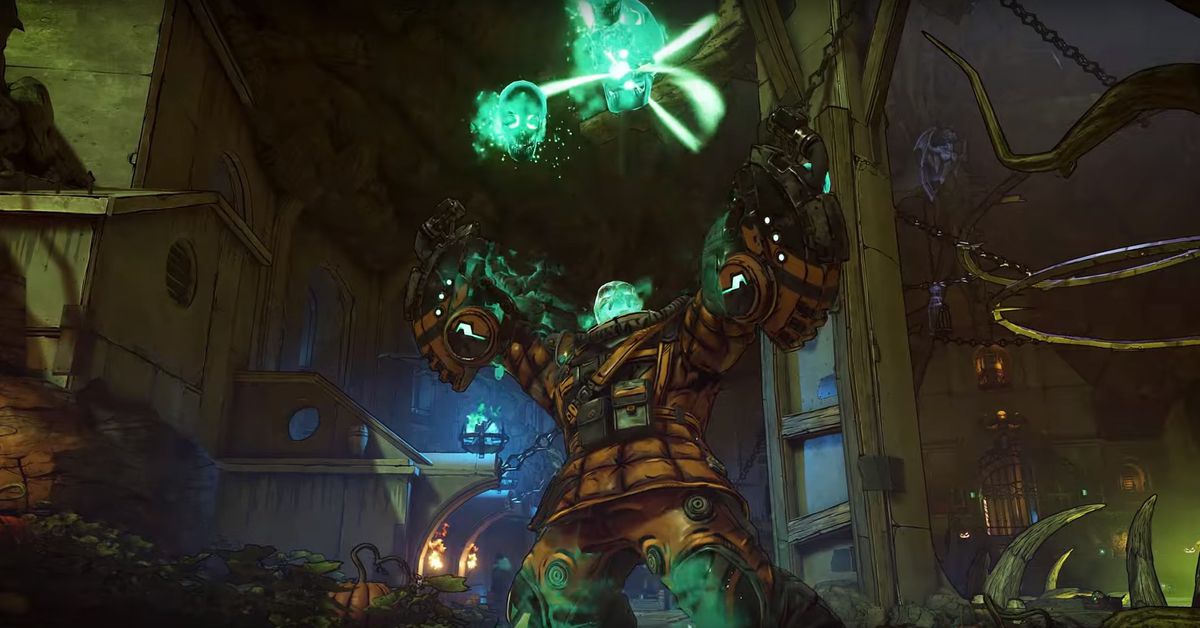 Borderlands 3'S Halloween-themed Bloody Harvest Event is coming to the game later this week, and the Gearbox just released a trailer to give fans a preview. The trailer shows off new enemies, a new boss, and a new Legendary weapon for players to hunt down.

As you would expect from any Halloween event, Bloody Harvest is suitably spooky – which mostly means lots and lots of skulls. The event's new boss, Captain Haunt, has an exposed flaming green skull for a head and also shoots … flaming green skulls at players? The event also includes a new mechanic called Terror, even though the trailer doesn't clearly detail this mechanic.

As with any Borderlands content, there's also some new loot available during the Blood Harvest as well. The main draw is the new Legendary weapon, which appears to be a grenade launcher that can freeze enemies. There are also new Vaulter Hunter skins, a new Weapon Trinket, and more Anointed loot drops than were in the base Borderlands 3 the game.

The Bloody Harvest event will start on Oct. 24 and run until Dec. 5