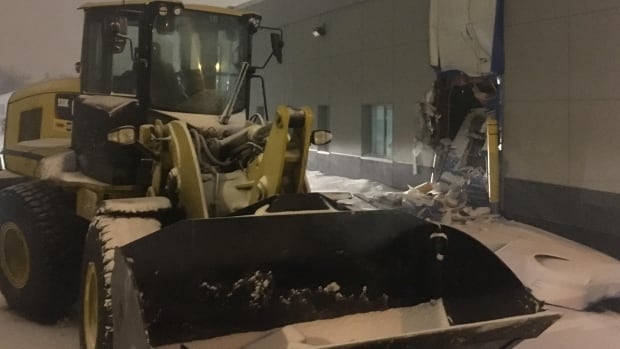 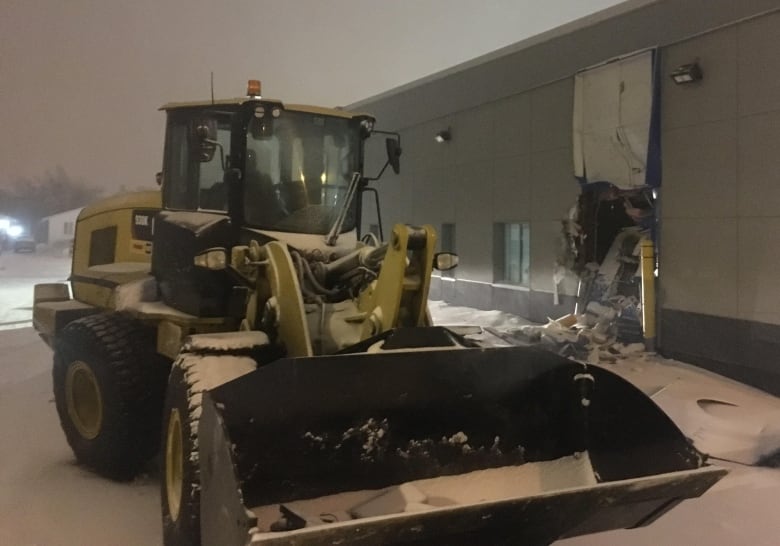 The front-end loader was left outside the BMO branch on Newfoundland Drive, after the engine was used to enter the bank. (John Gushue / CBC)

The police have arrested two men at St. John 's after a front – end loader tore a bank Saturday morning, marking the fourth time in a week that heavy equipment was used to enter business in northeastern Avalon.

BREAKING NEWS – As a result of this morning the attempt to steal our ATM machine has arrested two men. Investigations are ongoing with further details to be followed.

The machine was dumped outside the BMO branch on Newfoundland Drive, at the east end of the city.

Loaders are used to get access to automatic teller machines. 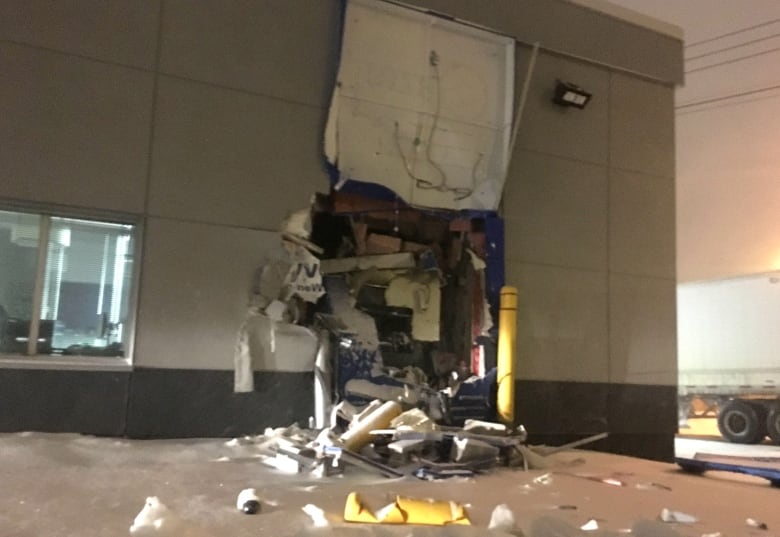 The police confirmed that the front-end loader was used to enter the side wall of the BMO branch on Newfoundland Drive, to access the ATM. (John Gushue / CBC)

The robbery triggered an alarm at 4:35 a.m. that took the Royal Newfoundland Constabulary to the scene.

Police at the scene will not comment on further investigations, but the pair arrested will appear in court on Saturday morning.

This is the fourth bold robbery in a series of unusual crimes involving various types of heavy equipment.

Last week, the front-end loader was used to cut the TD Bank branch on Elizabeth Avenue in St. John 's.

On Monday, a backhoe was used to destroy four windows at Sobeys on Kelsey Drive, where the ATM was stolen.

Then on Friday, an excavator was used to rob Scotiabank branches in the Long Pond of Conception Bay South area. 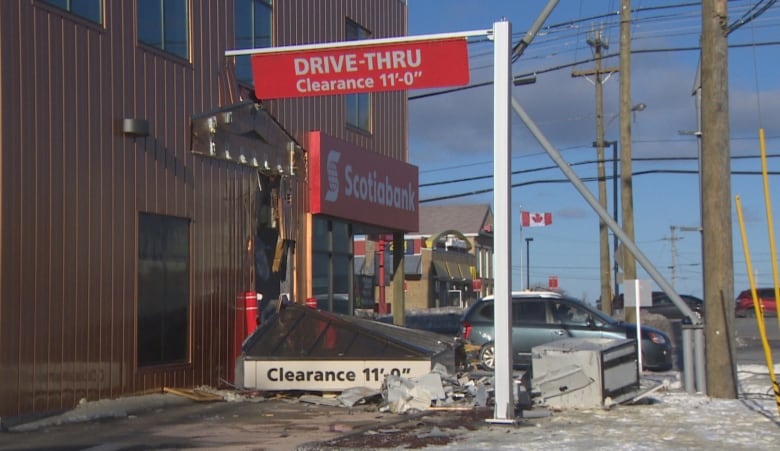 Robbery or the same person? Something must be done about this … soon it won't be able to go to the bank they will all be under construction …

At least they are the same opportunity bandits, withdrawals from 3 different banks now.

The police had to park heavy equipment near the bank and jump in it and wait for everything to happen then squat them to the sidewalk under the machine when that happened. These are bad people who do this & amp; cause damage. Make them pay.