There is no official information about the "Turkish Flow" in Bulgaria, announcing the Ministry of Energy – Business 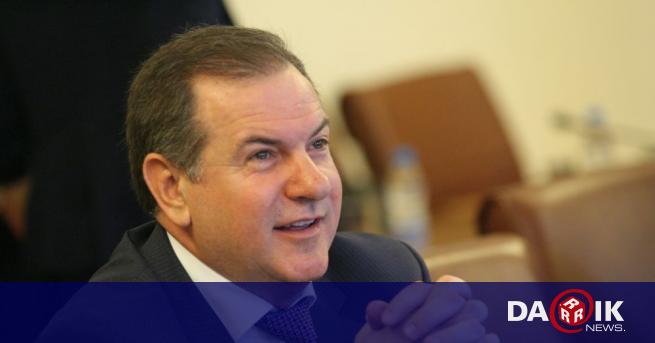 
At present there is no official information from Russia that the second pipeline of the Arus Turkey gas pipeline will pass through Bulgaria, Serbia, Hungary and Slovakia. This is made clear by the statement by Deputy Minister of Energy Krasimir Parvanov on the occasion of the publication of the Russian Kommersant newspaper.

"Aliran Turki" consists of two pipes with a capacity of 15 billion cubic meters of gas. One pipe for the Republic of Turkey. The dilemma is another pipe – whether it will pass Bulgaria or will pass Greece. Gazprom colleagues told Russian media that they had made a decision – the pipeline would pass through Bulgaria. "We hope to formally receive a letter from Gazprom about their decision at the Ministry of Energy," Parvanov said.

At present Bulgaria is not officially notified by the Russians that the second pipeline of the Turkey Stream gas pipeline will pass through our territory. This was reported by National Radio Bulgaria (BNR) by the Ministry of Energy's press center in comments on the announcement of the Kommersant newspaper that "Gazprom" finally determined the second pipeline route Aliran Turkey gas pipeline and will pass through Bulgaria, Serbia, Hungary and Slovakia. Another option to continue the route is through Greece.

After the meeting of Borisov with Putin in May: Bulgaria joined the Aliran Turki project

Discussions on this topic are held regularly and this issue was also discussed during the visit of Prime Minister Boyko Borisov to Moscow in the spring, reminding the Bulgarian Ministry of Energy. Of the materials issued by four countries within the framework of the procedure for ordering future capacity, which was issued in the October-November period, the route of Turkey will pass through their territory.

The head of Russia's National Energy Institute, Sergei Pravosudov, told the Romanian Libera newspaper that the first pipeline would reach Turkey directly and would be connected to the existing gas pipeline in the country and would start the second line. "The only problem is the lack of connections between Bulgaria and Serbia, but it will be built. After this is finished, the gas will be transported from Serbia to Hungary and then to Austria," Pravosudov explained.