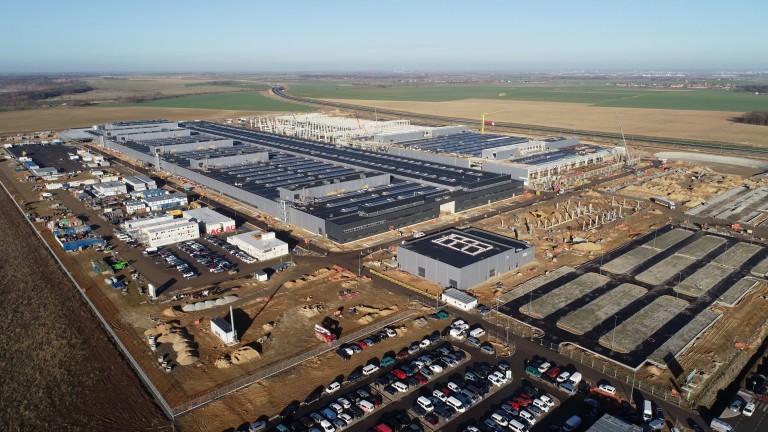 Mercedes-Benz will build a new electric car battery factory in Poland as part of an initiative to increase investment in electric batteries over the next decade. The company will be located in Yavor, in the southwestern part of the country, Polish Prime Minister Mateusz Morawiecski announced at a press conference.

2019 will be the year of luxury electric cars

A number of brands have shown or will show their models

"We are very pleased that an investor who has been with us for several years has trusted us again and in the same place at Yavor," Morawiecski said, quoted by TVP.

The Polish Prime Minister stated that he was very satisfied with large-scale investment. "Mercedes-Benz's decision to start producing electric batteries at Jawor shows that we have created a friendly investment climate for companies that want to grow with us, and I'm glad Mercedes put Poland on the highest technology shelf of its products" he wrote on his Twitter account his.

Mercedes-Benz Decyzja's decision to build an electric battery battery in Jaworze shows that the climate is changing the company's innovation that we want to develop. You also believe that Mercedes stalled on the most prominent technologically advanced products. pic.twitter.com/88hPcMHo3r

This new business is likely to be part of a large engine factory in the city of Poland that is building a German company. This includes 500 declarations, 500 million euros are invested and will open more than 1,000 new jobs.

Investment in a new battery factory is more than 200 million euros, and it will open 300 jobs, Mercedes-Benz Cars Board member Markus Schaeff reported, quoted by Reuters.

Daimler will spend 20 billion euros on batteries by 2030, which will be needed for mass production of hybrid and electric cars, the company said in December.

The Mercedes-Benz owner is one of many German car maker that targets electric vehicles, because European regulators tightened the rules about dangerous emissions from diesel cars.

LG builds in Poland the largest battery factory in Europe

Investment in Wroclaw is for 1.63 billion dollars

The automotive industry currently has a number of different competing battery technologies. Panasonic and Tesla use lithium and cobalt based batteries, Nissan and LG Chem – based on lithium and manganese, and Chinese manufacturers create lower energy, but no cobalt batteries.