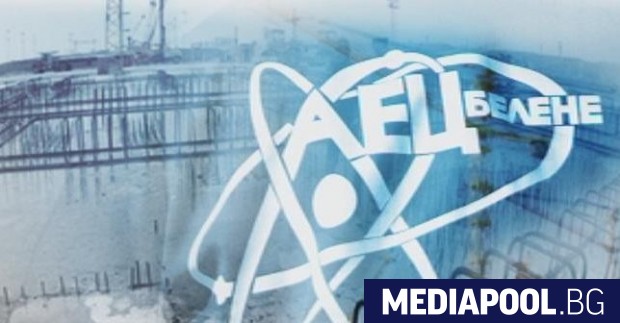 The European Commission has confirmed that the return of the closure of the NPP Belene in 2012 needs to be revisited whether it complies with European rules and whether it is in accordance with the Agreement that established the European Atomic Energy Society (Euratom Treaty) and possibly with the project to get approval again. This was answered by Brussels on the question "Bulgarian Democracy", which was submitted by MEP Svetoslav Malinov in September, the party announced on Thursday.

Already during discussions about the need to restart nuclear projects with nuclear power which ended with attracting strategic investors to it, a number of nuclear experts have warned that Brussels would require a new assessment of the project. Among the reasons are changes to nuclear safety requirements after the accident at the Japan Fukushima nuclear plant in March 2011, which was caused by the tsunami. The Bulgarian Nuclear Regulatory Agency also acknowledged that a new EC permit would be needed, but said it would be formal and necessary because of possible changes in investors in the project, which is currently the National Electricity Company (NEC).

The strong progress of the project, which has an important part of the required nuclear equipment and a number of regulatory permits, was mentioned by the government as an advantage and opportunity for rapid realization. The government's statement is that there are no regulatory barriers to the project, but it doesn't seem to be a problem.

After a two-year procedure, the NEK received approval for Belene NPP in Brussels in December 2007 when the European Commission announced that it had "provided favorable opinions on the initiative, as required by the Euratom Agreement." According to the Commission's assessment, the projects selected for the Belene nuclear power plant include protection against external risks, even earthquakes and aircraft accidents, but after the Fukushima nuclear disaster, the criteria for this protection have been put forward.

The party warned that the March 2012 National Assembly's decision to freeze nuclear construction was justified by the belief that high safety standards could only be guaranteed by the most modern technology; with seismic risk concerns at the Belene location and the failure of the Republican budget to fund projects with unproven economic efficiency.

After the summer of 2016, NEK was convicted by a Russian contractor of the Atomstroyexport project to pay 1.2 billion leva for equipment ordered and produced for Belene NPP and repay the debt at the end of the same year with the GERB government. to look for arguments to restart the project. Two weeks ago, the government approved the procedure to find a majority or minority shareholder in the project. Large electricity consumers are also expected to have an interest, or at least request, to conclude a contract to purchase electricity from a future nuclear power plant, which will guarantee markets and revenues to pay investments of around BGN 20 billion.

The European Commission responded to the "Bulgarian Democracy" "the resumption of the NPP Belene project in 2018 is a new project in the sense of Article 41 of the Euratom Agreement". This means that he will also draw up new opinions about project compliance with EU rules.

The European Commission stresses that it is very important for nuclear safety and protection of citizens. He recalled that European laws were amended after the Fukushima accident to ensure a higher level of nuclear safety, especially relating to the assessment of natural hazards, including earthquakes, the party said.

"This means in practice that new investors being sought by the government will have to agree to enter projects that are currently not supported by the European Commission and still have to be assessed based on strict European criteria after Fukushima", commented Svetoslav Malinov. According to him "No investor approves of this adventure."

From the Bulgarian Democrats they also pointed out that the European Parliament also signed a letter to the Bulgarian government, where it reminded the 1977 earthquake with the epicenter Vrancea, which killed more than 120 people and destroyed many buildings in Svishtov and neighboring villages along the Danube.

The party has urged Boyko Borissov's government to stop all actions that can generate new costs and waste money on Bulgarian taxpayers. "Belene has become a closed yard. We will not allow Borisov to pour money into the pockets of the energy mafia", ending the announcement of "Bulgarian Democracy".

Is this article useful for you?

We will be happy if you support Mediapool.bg, so you can continue to rely on independent, professional and fair information and analytical media.

Subscribe to the most important news, analysis and comments about today's program. This bulletin is sent to your email address every day at 18:00.