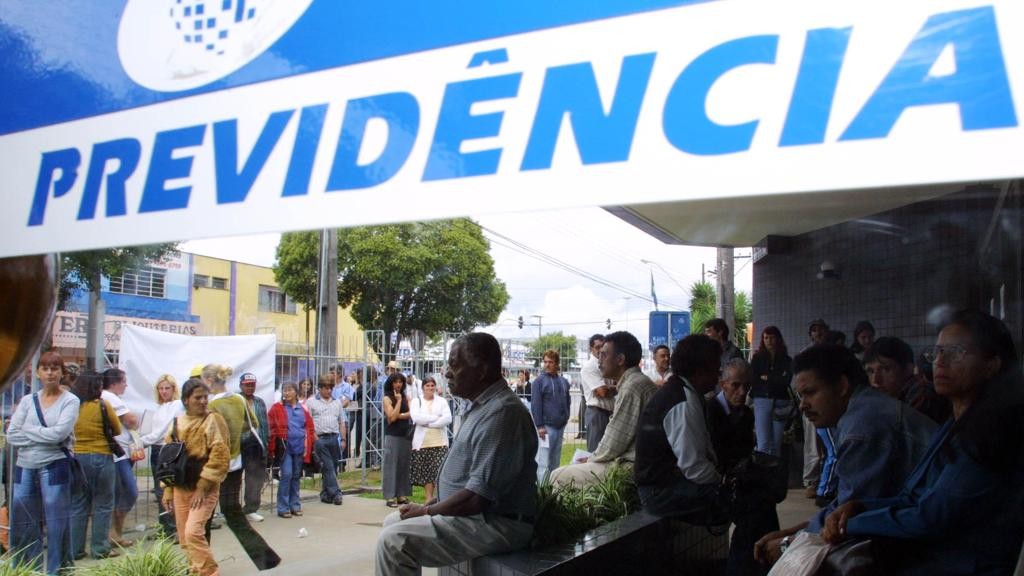 One of the main myths in the debate about pension reform is that Brazil cannot create a national minimum age because it will harm workers in poorer regions. Those who tend to live less or work in more painful jobs must retire early.

Thus, readers may be surprised by the title information (Ipea's work, referring to 2014). In Santa Catarina, the average retirement age is 57 years and 2 months in the benefits of INSS, but the national average is 60 years and 8 months. Santa Catarina retired 3 ½ years before Brazilians who lived throughout the country.

If in Santa Catarina the average retirement age is lower, the highest in Roraima: 64 years and 11 months. The distance is more than 7 years, almost 8 years.

After Santa Catarina, the lowest average age was from Rio Grande do Sul (57 years and 11 months), São Paulo (60 years) and Paraná (60 years and 1 month). The biggest ones, after Roraima, are on the other side of Brazil: Amapá (64 years and 7 months), Tocantins (64 years and 4 months) and Maranhão (idem).

READ ALSO: You pay more than 80% of retirement and retirement from the server

Why in the South do people retire faster than in the North? Why do people in less developed areas take longer to retire? And how do welfare reforms change this inequality?

Most workers, however, retire use other benefits operated by INSS, where there is a minimum age, but little time is needed.

For this reason, it is precisely workers with low schools, low-income jobs and poor regions who retire later. They are not well placed in the labor market: because they spend a lot of time in unemployment or informality, they do not have much time to contribute. They retire because of age.

Time pension contributions, which require decades of formal work, with formal contracts, but not minimum age, are more common in the richest regions of the country. This is a country where the formal labor market is the strongest with the highest proportion of benefits given.

READ ALSO: Labor reform is the main weapon against poverty in the last 15 years

In 2016, pension time contributions are a benefit of the continuing duration given in INSS in the Federal District and 6 states: those in the South and Southeast (except Espírito Santo). The average retirement age for this benefit is 54 years. This average decreases the overall average retirement age of these countries.

And what other benefits are operated by INSS where workers retire?

One of which is retired because of urban age. Unlike the previous case, it requires a minimum age: 65 (male) and 60 (female). But the contribution time is shorter: 15 years for both sexes. So, this is retirement from the poorest urban workers, who cannot afford 35/30 years to retire for the minimum age of contribution.

These are the most awarded pensions in two countries: Espírito Santo and Mato Grosso do Sul. The average age is 63 years.

His sister is retired because of rural age. This time the minimum age is 5 years younger: 60 for men and 55 for women. The time of the 15-year contribution is changed by rural work time.

In most states, this is actually a benefit of the continuous duration added by INSS. There are 16 states: all of the Northeast, they are from the Midwest (except Mato Grosso do Sul and DF) and North (except Acre and Amapá).

The average age is 58 years.

Note that as we move up in Brazil towards poorer regions, the average age of retirees increases, and increases the importance of pension benefits.

In poor areas, where work permits are not normal, workers use less pension-based time and more modalities with a minimum age.

Lastly, keep talking about the most benefits provided in Acre and Amapá. This is Benefit Benefit (BPC), benefits operated by INSS and paid for by Help. It can only accept those who live below the poverty line and from 65 years (male or female), regardless of the time of contribution. Look formally it is not a pension, but in practice.

The average age at which he is given is 66 years. Therefore, this is a benefit for the poorest workers, who don't even get a 15-year contribution to retirement according to age. This is very important in the North region, where incipient rural activities and rural pensions have no Northeast regional interests.

It is now easier to understand why Santa Catherine retired 3 years before the national average, or 7 years earlier than in Roraima. In the chart below, I reproduce the average retirement age in each state, considering these 4 benefits: retirement with contributions, retirement by urban, rural and PCB age. I don't treat helpers or soldiers. 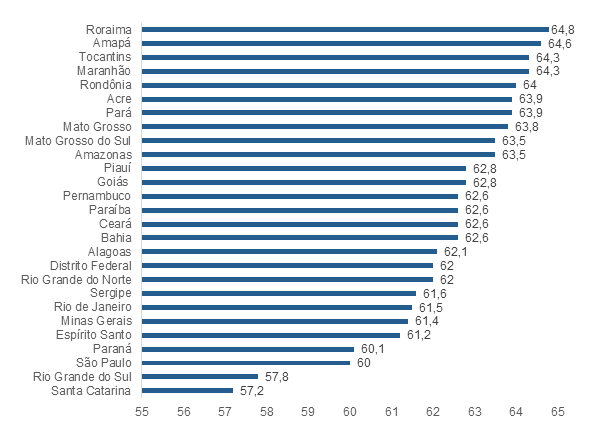 Source: Study by Costanzi and Ansiliero (2014), from Ipea

Returning to pension reform: does it make sense to fight the minimum age because it would harm workers in the poorest regions? No: on the contrary, they already have a minimum age.

Reform can reduce the inequality seen in the graph above if it is focused on retirement with the time of contribution. This is the case for the latest version of pension reform.

Amendments to Deputy Arthur Maia (DEM-BA) do not affect rural pensions or BPC, and only make small adjustments in retirement by urban age (in 2 years, and only for women). The main change in this regard is the creation of a minimum retirement age with a contribution time, 55 years for men and 53 for women, increasing over the past two decades to reach 65 and 62.

The original version of President Michel Temer's proposal has a smaller potential to reduce inequality in retirement age, because it also increases other useful lives, and BPC in 70 years.

And the time of contribution is no different? Many complain about the minimum age because the contribution time no longer allows early retirement, equals who contributes and who doesn't contribute. Not true: the longer contribution time gives a higher pension value, but it will not give the pension the right to retire beforehand.

Still worthy to contribute more. All over the world like this: people who make the most contributions make more, but retirement age does not depend on that.

So, it is a myth to say that minimum age endangers poorer workers. Instead, it reduces inequalities between the poorest and the richest at retirement, and still allows large amounts of resources to be saved for use in public policy for those who need it most.