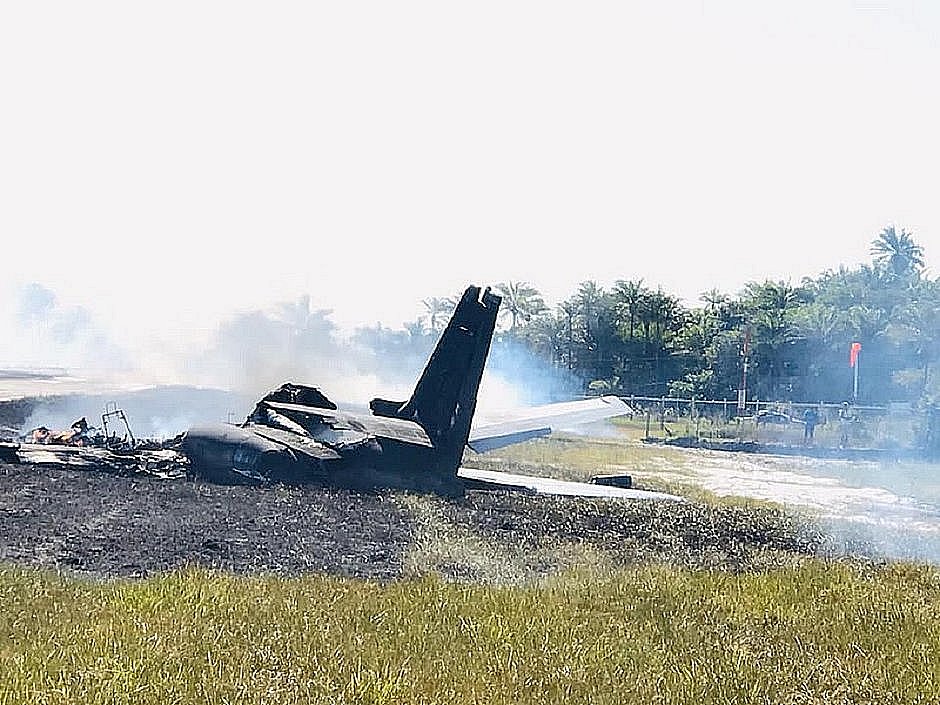 Nine people were injured in a plane crash that occurred in Maraú, southern Bahia, still in serious condition. Eight of the survivors were in the burn department of the State General Hospital (HGE) and one was taken to the Suburban Hospital.

All those injured are in serious condition. According to information from Bahia TV, most of them are under sedative effects and some even require general anesthesia so that medical staff can carry out the cleansing and dressing process.

One of the most worrying cases is Maysa Mussi, 27, who cannot be transferred to HGE because of a difficult health situation. Doctors at Suburban Hospital will be able to make transfers only if they have improved and are clinically able to go through the entire transportation process without risk.

The double-engined PT-LTJ Cesna Citation 550 prefix crashed near the Kiaroa Eco-Luxury Resort airstrip on Barra Grande Beach, Maraú district in southern Bahia, and is owned by Brazilian billionaire José João Abdalla Nak, 74 years old. The plane carried 10 people, including public relations journalist Marcela Brandão Elias, 37, who could not stand and was burned at the scene.

Marcela's body was taken to the Ilhéus Technical Police Department (DPT), where he was awaiting recognition. Because the body has deteriorated greatly, the identification process must be carried out through comparison of dental arches. A legal dentist is on site and waits for some requested family documents, such as dentist notes, photos showing the victim's smile or medical report.

Marcela is a famous figure in the high society of São Paulo. According to Veja, he married Eduardo Elias, son of Jorge Elias, one of the biggest decorators in Brazil, and Lucila. Marcela, who is a journalist and has served for many years as a publicist. He left a 6-year-old son who was also hospitalized.

Read more: journalists killed in Maraú are known in the high society of São Paulo

Investigation
The Second Regional Service Investigator for the Investigation and Prevention of Aeronautical Accidents (SERIPA II), which is related to the Brazilian Air Force (FAB), is carrying out this Friday (15), in Maraú, a collection of data on air accidents.

The officers, who are part of the Aviation Accident Investigation and Prevention Center (CENIPA), took the Preliminary Action on the accident. "The initial action is the beginning of the investigation process and aims to collect data: photographing scenes, deleting aircraft parts for analysis, collecting documents and hearing reports from people who might be observing the sequence of events," FAB reported in communicated to MAIL.

Known as Juca Abdalla, the businessman owns the Rio de Janeiro Classic Bank and is considered by Forbes magazine as the 9th richest person in Brazil and the 769th in the world. His fortune is estimated at $ 3.1 billion. Juca Abdalla was in New York at the time of the accident.