Toffoli denies revocation requests and keeps orders given to BC to submit 600,000 tax data Political 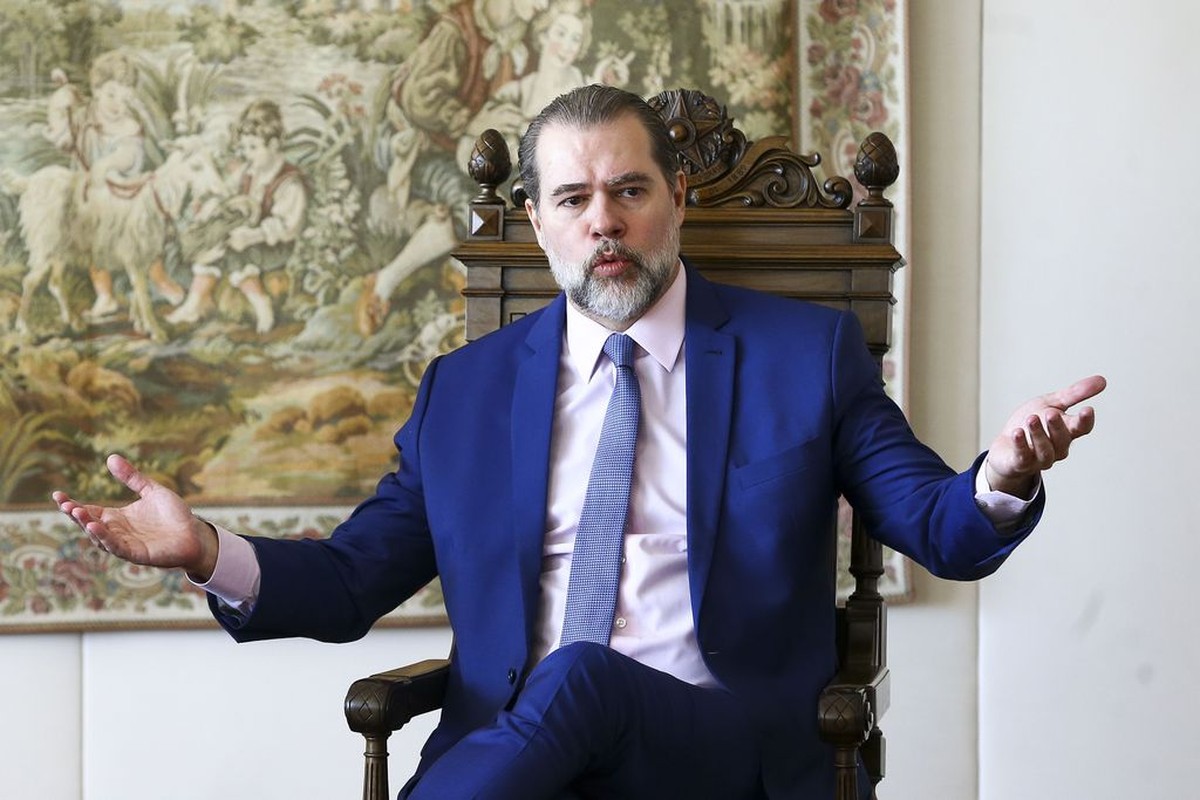 The President of the Supreme Court (STF), Minister Dias Toffoli, denied on Friday (15) his request to revoke orders given to the Central Bank to send financial intelligence reports produced in the last three years by the former Coaf (Financial Activity Control Board), currently FIU (Financial Intelligence Unit, under BC).

The revocation was requested this Friday by the Attorney General of the Republic, Augusto Aras. On the 25th, Toffoli ordered the Central Bank to send financial intelligence reports produced in the past three years by the former Coaf (Financial Activity Control Agency), currently FIU (Financial Intelligence Unit, under BC). He also ordered the IRS to forward to all STF tax representatives for criminal purposes (RFFP) within the same period.

In the request, Aras asked Toffoli to revoke the size or replace it with a "non-invasive", and return data that might have been received back to the source. According to the attorney general, it is an "invasive" measure, "disproportionate" and "jeopardizes the integrity of the financial intelligence system and can affect the exercise of fundamental rights for free".

The Minister denies any invasive actions by Supreme. "It should not be ignored that this process, precisely because it contains sensitive information, which enjoys constitutional protection, is under a confidentiality clause," he said.

Toffoli stated in its decision that the IRS had made the requested information available "for the entire Brazilian Judicial System for the adoption of appropriate measures, that is, to the police authorities, prosecutors and the court itself", showing "transparency in communicating recipients of their actions, which will almost never characterize disproportionate and invasive action. "

With this decision, President Agung can have access to confidential data of 600,000 people and companies (412,484 individuals and 186,173 legal entities). In its reply to the minister, the FIU reported that the FIU gave access to the report and indicated that the document contained information on "a large number" of politically exposed people and people with forum privileges based on their functions.

Toffoli was given access to material as part of a process in which he ordered the suspension of detailed data sharing from Coaf, the Central Bank and the IRS with an investigative body without court authorization.

Regarding FIU data, the minister stated, in rejecting Aras's request, that "the STF did not conduct the necessary registration or have access to intelligence reports".

In addition to rejecting requests to revoke the decision, Toffoli requested additional information about the recipients of financial intelligence reports and ordered FIU to send this data at 6 pm next Monday (18).

According to him, "so far, there is no clear information about RIF recipients that is distributed to the authorities."

Accepting agencies are those who receive financial intelligence reports and are required to maintain the confidentiality of tax information, such as members of the Public Prosecution Service, federal police officers, civilians, auditors of the Internal Revenue Service, among others.

According to the FIU, reports are sent to authorities only when there is "strong evidence" about money laundering or terrorist financing crimes. Exchange of information is done through a system called the Electronic Exchange System (SEI-C).

Minister asks for information about

The President of the Supreme Court also ordered PGR

On the 20th, the Supreme Plenary will decide whether regulatory bodies, such as the FIU and IRS, can share illegal tax and banking data from citizens with prosecutions to support criminal investigations.

In July, the President of the Supreme Court, Minister Dias Toffoli, decided, through an order (interim decision), to suspend the national process derived from secret taxes and banking data from taxpayers that were distributed without judicial authorization.

The request was made by Senator Flavio Bolsonaro (PSL-RJ), one of President Jair Bolsonaro's five children, in an appeal that was already in court, submitted by the Federal Prosecutor on June 21, 2017 against the decision of the Federal Regional Court. 3rd region (TRF-3).

Toffoli was the initiator of an appeal against the IRS against two partners at a gas station in Americana, a town in the interior of São Paulo, fined by tax auditors for tax evasion in 2003. The businessmen were convicted of tax evasion after an investigation by MP.

Board documents reveal an atypical movement of $ 1.2 million in the Fabrício Queiroz account, which acted as a driver and advisor to Flavio Bolsonaro at the time when PSL MPs became state representatives.

The investigation involving the son of Jair Bolsonaro was part of Operation Furna da Onça, a branch of Operation Lava Jato in Rio de Janeiro that arrested ten state representatives.