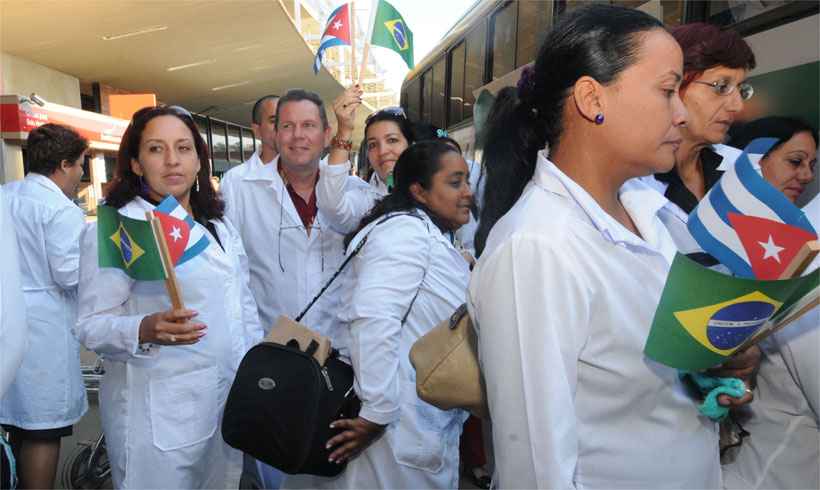 The Doctor's program website went away from the air three hours after the initiation of the inscription in a new contract to hire professionals after leaving Cuba. The Ministry of Health said that a large number of simultaneous access was received in the system "characteristic of cyber attacks" and was investigating the case. The ministry said they received bills for access to corn, more than double the number of doctors working in the country. Only in the first hour of registration begins, 2,000 registrations have been received, according to the folder. The deadline is November 25 and the start of activities is scheduled for December 3.

First, the government said that the system was unstable because of "a large number of hits." Later, the ministry said they were investigating suspected attacks on the site.

In a note released around 1:00 pm on Wednesday, January 21, the ministry said that despite instability, 3,336 inscriptions were made in the opening three hours. The ministry indicated that interested parties must maintain access efforts. There are no changes in the registration schedule.

In a statement, the Brazilian Medical Association (AMB) said they were concerned about instability on the site and said they would request an extension of the deadline for registration.

The Ministry of Health was published in the Official Diary of the Union (DOU) on Tuesday, 20, a decision to choose professionals who want to join the More Mdicos program. There will be 8,517 vacancies, of which 8,322 will be opened as a result of Cuban doctors who left the program, which must leave the country until December 12.

The Cuban government announced last week a unilateral disruption of participation in the Más Mdicos program. The reason for the decision was the declaration of President-elect Jair Bolsonaro (PSL) with criticism of the program.

Selected professionals will work in 2,824 municipalities and 34 Indigenous Special Sanitation, which were previously occupied by Cubans. Inscription starts this Wednesday and continues until the 25th of this month for Brazilian doctors with CRM Brazil or with diplomas validated in that country. Net salary of R $ 11,244.56.

This new notification softens several rules for the selection of interested parties and thus tries to avoid eradication in basic assistance provoked by Cuba's exit from the program. Shorter schedules, for example, and those contracted with diplomas obtained abroad will be exempt from training courses, which are needed since the creation of the program, in 2013.

The government decided to change Revalida, a test made for the certification of medical diplomas obtained abroad. Minister of Health, Gilberto Occhi, said that the first discussion for system changes must be held this week with the Ministry of Education. The ideas you change are arranged quickly.

One of the proposals in the analysis decentralized the exam, now prepared exclusively by the National Education Study and Research Institute Ansio Teixeira (Inep). With that change, the test could be applied by 54 federal universities that present university hospitals.

The format discussed by the government saved the existing system before Revalida. In 2010, tests were carried out by interested federal universities. They are responsible for analyzing the curriculum of doctors abroad, preparing for examinations and correcting the amount charged for the exam.

This model is considered uneven, with tests with different levels of difficulty and, above all, with very different writing values. At that time, rates ranged from R $ 100 to R $ 5 thousand.