The Hidden Dangers in Yogurt That You Consume – Business Season 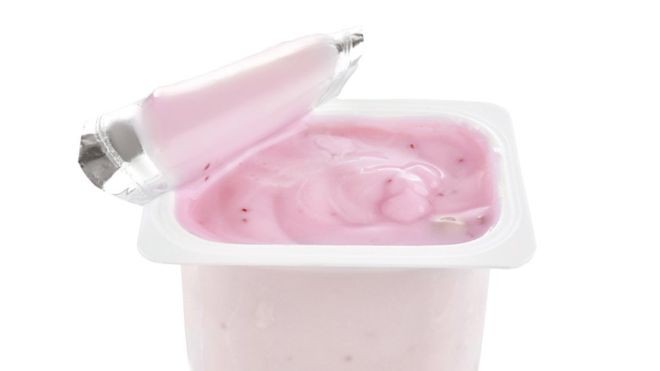 Yoghurts considered by many to be healthy food, but a study was conducted at United Kingdom shows that many of these products may not be good for health as people think.

A team led by researchers from Leeds University, in the UK analyzing nutritional charts of more than 900 products and concluded that many were made with large amounts of sugar. This includes even those classified as organic.

In some cases, yogurt is even more than soft drinks in the amount of sugar used in manufacturing. Only natural and Greek yogurt are considered low-content products.

The disclosure of this research was carried out in conjunction with the Brazilian Ministry of Health negotiating an agreement with the food industry to reduce sugar in industrial products, including yogurt.

Excessive sugar consumption is common among Brazilians and there is a greater risk of chronic non-communicable diseases, such as diabetes.

"The results of this study are very worrying, because yogurt is sold as a healthy product and is very consumed by children," said nutritionist Ana Clara Duran, from Nuclear of Studies and Research in Food of Unicamp.

"When it's natural, it's really healthy, but after getting dyes, sugar and other additives, it turns into ultraprocessed products. Parents think it's doing something cool by giving yogurt to the child, but it turns out it's not. And it's also worrying for adults because 54% of the population is overweight and almost 20% are obese. "

However, Brazilian consumers can hardly know how much sugar is sold by yogurt in the country.

Manufacturers are not required to report their content on the nutrition table of products available here – and only a small proportion of them do it voluntarily.

But there are proposals to change this in the debate at the National Sanitary Surveillance Agency (Anvisa).

Salty like a cooler
The UK survey looked at 921 products sold on the Internet by the five largest supermarket chains in the country, covering 75% of the market.

They are divided into eight categories that are most commonly used by supermarkets: children, desserts, alternatives to dairy products, flavors, fruits (in nature or in puree), natural / Greek and organic.

This study shows that the category that contains the most sugar is dessert, with an average of 16.4 g per 100 g of product. However, products that do not contain yogurt or cream cheese such as chocolate mousse and caramel cream are included, which affects this result.

The most popular cola-based drink contains 10.6g per 100ml.

How much sugar in yogurt?

To be classified as a low sugar product, yogurt must have a maximum of 5g per 100g. Only 9% of the products surveyed by researchers at the University of Leeds match this.

The World Health Organization (WHO) recommends that free sugars, which include those added to industrial food, do not exceed 10% of daily calorie intake, equivalent to 50g. Greater health benefits can be obtained if the index is 5%, or 25g.

The 5% threshold is recommended by the American Heart Association, a non-profit organization dedicated to fighting heart and blood vessel disease, for children aged 2 to 12 years. Those under the age of 2 cannot consume any sugar.

The majority of Brazilian products do not report the amount of sugar
In Brazil, consumers cannot know how much sugar there is in most industrial products.

Rules for food labels are set by Anvisa, and the current standard for nutrition tables, effective since 2003, does not require producers to report food sugar content.

"At the time this regulation was made, there was so much evidence linking sugar consumption from ultraprocessed food and its effects as causes of chronic diseases, such as diabetes, being overweight and dental caries," explained nutritionist Ana Paula Bortoletto, leader. Healthy Food program from the Brazilian Consumer Protection Institute (IDEC).

"The company said they did not report this because it was a manufacturing secret and they were not required to do so. They thought it was a market strategy or they wanted to hide it."

Duran, from Unicamp, said that, given the lack of mandatory, most products sold in Brazilian supermarkets do not carry this information.

"When this happened, the company had some interest in reporting this, because it wanted to emphasize that it was a product with low sugar content, or because internationally it had been concerned to inform and do the same in Brazil," said Duran.

The only indication that Brazilians today that a product contains a lot of sugar is a list of ingredients on the label. They appear first they are used in larger quantities in the making. But one obstacle is that producers often use various types of sugar, explained Bortoletto.

"This can be used as syrup, maltose, fructose. So, instead of being grouped, sugar appears in this list in a diluted way, and even if you want to know how much is used in the product, consumers cannot know if there is enough sugar. or not. "

At the same time, most Brazilians usually consume too much sugar. The 2008/2009 Family Budget Survey, the latest to address this problem, identified this habit in 61.3% of the population.

On average, free sugar intake is 14% of daily calorie intake, above 10% recommended by WHO – when this limit is exceeded, consumption is considered excessive.

"Sugar consumption has increased in Brazil, but not tables, but added to ultraprocessed food, because it is a cheap ingredient, and the industry takes advantage of that and puts a high amount, which adapts consumer tastes to consumption. Things are increasingly sweet, "said Bortoletto.

Duran shows that this habit can be very dangerous in childhood. "It can familiarize children's tastes for a lifetime, making them prefer sweet foods." 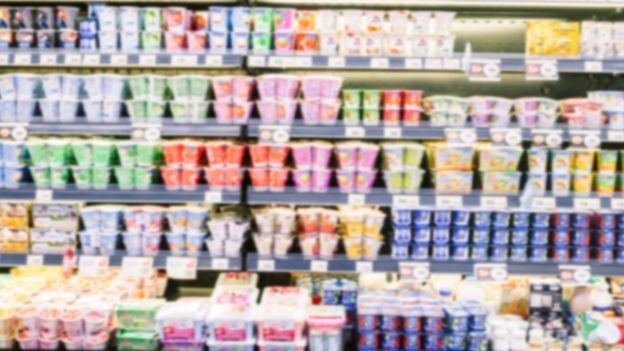 Nutritionists heard by BBC News Brazil agree that there is no sugar content in the table of harmful nutrients to consumers.

"It's not easy to know how much sugar you have in a cake filled, for example. It's bad not to have access to this data, given the consumption of ultraprocessed products is increasing." , said Bortoletto.

"People cannot consciously choose what they will eat. They depend on the information on the label, which is always positive, such as saying that a product is rich in fiber or inseparable."

Duran argues that it is urgent to better inform consumers to try to reduce the incidence of diseases associated with excessive consumption of these substances.

"Sugar is one of the nutrients that has a stronger relationship with chronic non-communicable diseases, such as obesity, diabetes, hypertension and cardiovascular disease. Failure to inform its contents contributes to people who have inadequate diets and a higher prevalence of this problem. "

Changes are being debated by Anvisa
This change in direction is being discussed by Anvisa to require producers to report in the total table and add food sugar.

An initial report was approved in May this year and is now in the stage of public consultation for the preparation of new standards, the agency reported to BBC News Brazil.

Changes will include standardizing nutritional information contained in nutritional charts in portions of 100g or 100ml – today, the number of servings informed varies. 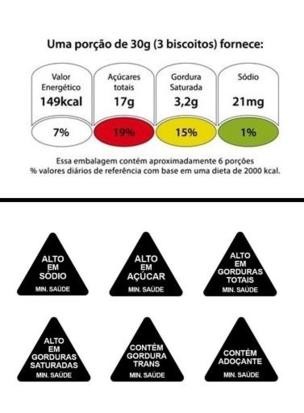 The product will remain on the front of the label, an indication of high ingredients, if consumed in excessive amounts, it can be harmful to health, such as sugar, sodium and fat.

One proposal, proposed by Idec, is that there is a warning sign on the front of the product. However, industry supporters adopt other models, inspired by traffic lights, where green, yellow and red will indicate if the amount is within the recommended level.

In the defense of this model, the Association of Brazilian Non-Alcoholic Beverages and Beverages (Abir) published a survey last year by Ibope which indicated that 67% of participants preferred nutritional semaphores to be vigilant.

Bortoletto, from Idec, said that the color system can stimulate consumption of unhealthy products. "There might be soda, for example, green light for sodium and fat."

Duran, from Unicamp, said that the available scientific literature shows that the food industry proposal is not the most effective. "Idec proposals are clearer and more objective and make it easier for consumers to make decisions at the time of purchase."

Bortoletto explained that after the public consultation phase was completed, it was hoped that the new standard would be adopted early next year. "Producers will have one year to adjust it. If everything goes well in 2020, we will get a better label."