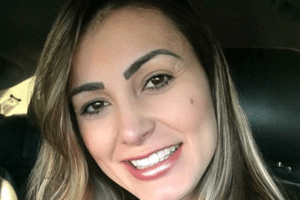 After recently getting engaged, Andressa Urach commented that she changed her mind about sex before marriage, something she rebuked when she repented.

“I have matured into this. I believe that everyone knows what they should and shouldn’t do, and it is not up to me to judge what is right or wrong,” he said in an interview with Quem.

The model, former Deputy Miss Bumbum immortal, said she had her full support Arthur, her 15-year-old son, is in a new relationship, but revealed that he wasn’t thinking of having more children. “I have no intention of being a mother again,” she commented.

With a past involving prostitution and drugs, which he talked about openly, Urach said he had nothing to hide from his heirs. “My son knows everything, because it is something public. But I always try to show him that it is possible, even by mistake, for you to move on with your life,” said the model.

Without revealing her lover’s identity, Andressa showed off her engagement ring on the web. The two met through mutual friends, and according to him they have similar tastes and habits. “We are both estranged from God’s presence and in the last few months we decided to read the Bible together every night via video calls on cell phones,” said the famous man.