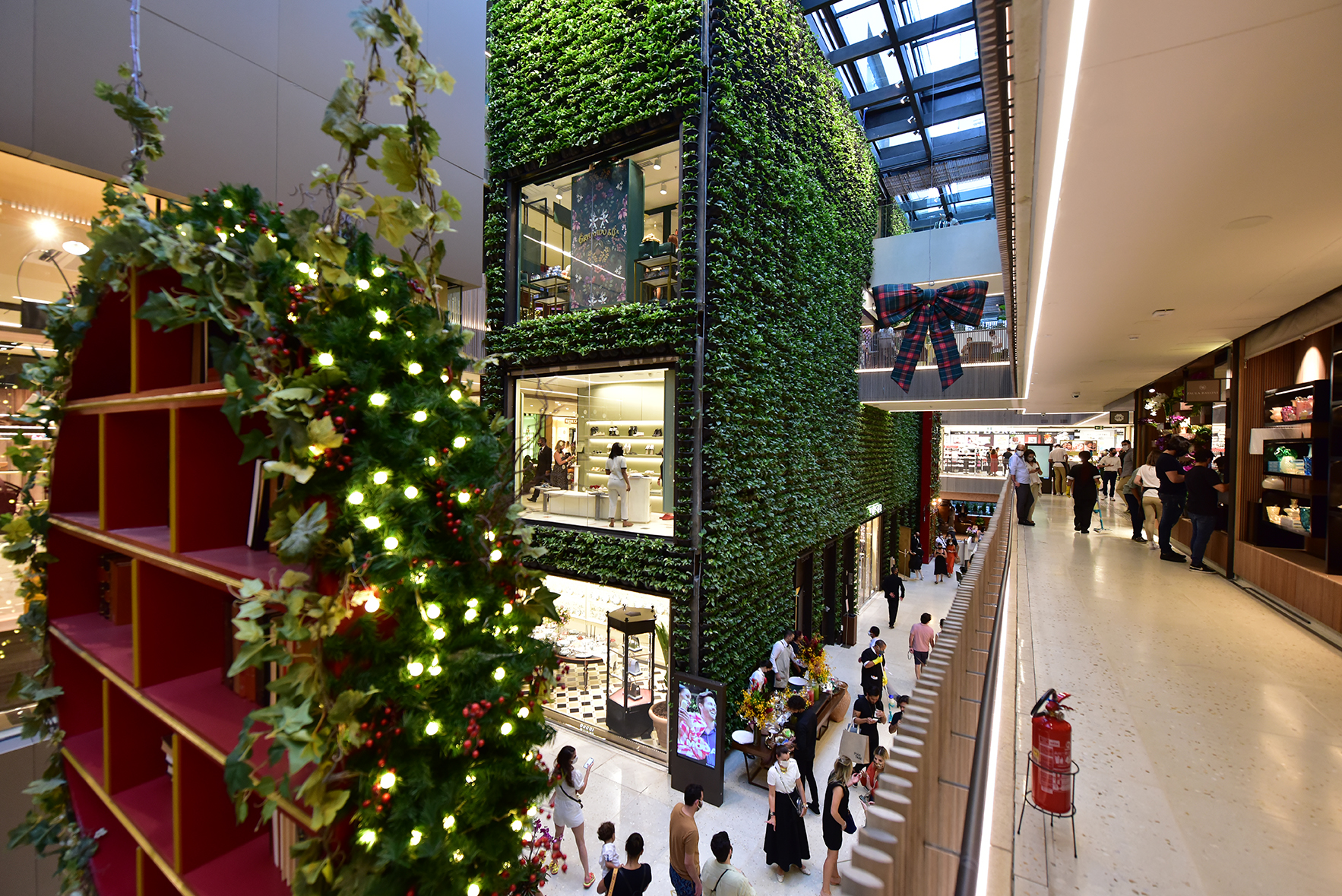 CJ Shops Jardins, JHSF Group’s new luxury shopping center, opens to the public this Saturday (5), after officially opening on Friday. The project is located in Jardins, an upscale neighborhood in São Paulo, and brings together national and international brands, fine cuisine and open spaces, in addition to being designed to work simultaneously in a digital and physical environment.

Located on Haddock Lobo street, between Sarandi street and Vittorio Fasano, CJ Shops Jardins was designed by Arthur Casa. The space has about 6,000 m² of GLA (leaseable area) and about 66 operations.

The architecture favors neutral tones, straight lines, geometric shapes, open skies, nature, natural light and ventilation. The landscaping of Maria João d’Orey gives the space a tropical atmosphere, with horizontal and vertical gardens scattered within and on the project facades.

CJ Shops opened its doors with operations of international brands, such as Gucci, which presented its home line for the first time, in addition to new outlets, such as Hermès, Balmain – with the world’s first male unit -, Chloé and Emilio Pucci. French Isabel Marant and Ines de la Fressange open their first boutique in Latin America.

Among the novelties at CJ Stores, there is still the nation’s first “shoe salon”, a room dedicated to shoes and accessories. There are creations of the greatest national and international designers in their segment, such as Aquazzura, Gianvito Rossi, Manolita, Paula Torres, René Caovilla, Alexandre Birman, and others.

Another highlight is CJ Fashion Store, a concept store that embodies the JHSF group’s digital e-commerce environment (cjfashion.com). The room, designed by Sig Bergamin and Murilo Lomas, with the advice of Ricardo van Steen, has high-definition LED panels and an immersive experience, such as that provided by a “high-tech desk” where the interaction between the client and the physical product activates multimedia content dedicated to release this season. Purchases can be made by QR Code and via RFID in the virtual passroom. Purchases are delivered to the customer’s home.

In the gastroomic area, in addition to the new units by the trendy Gero Panini and Makoto, will feature the new Roi (“king” in French), Mediterranean cuisine, with a menu created by consultant chef Thiago Maeda.

Another expected debut from CJ Shops is the Selezione Fasano, a kind of emporium with products from the Fasano brand and curator of home furnishings (candles, blankets, pajamas, chairs, tables), in addition to a selection of products that guests and customers are already familiar with.