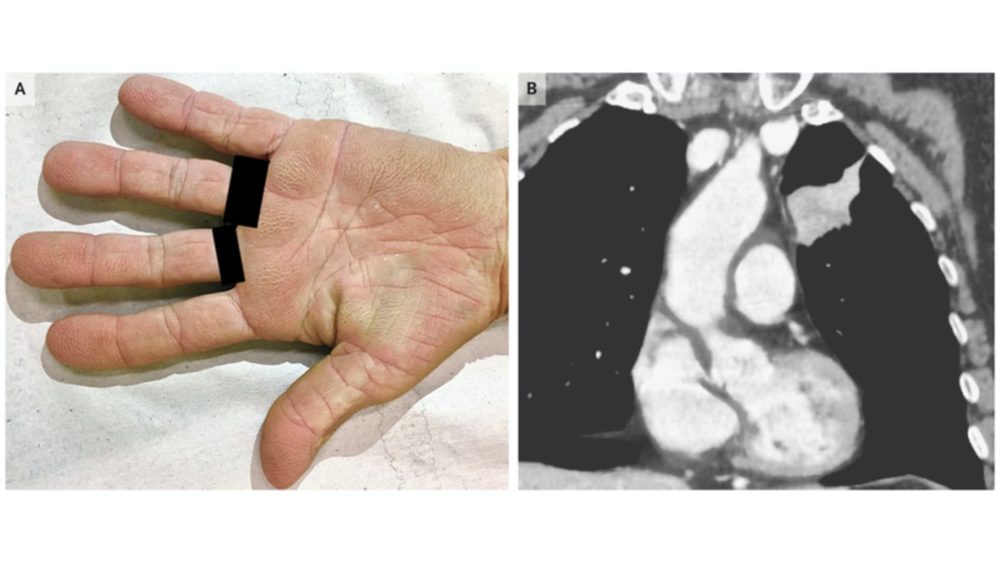 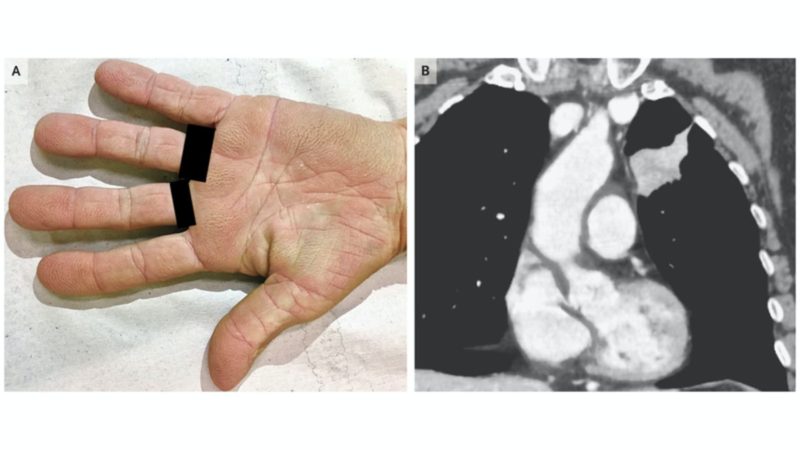 The hand of the Brazilian player next to the computerized tomographic image. Credit: Denis Miyashiro, M.D., and Jose A. Sanches / New England Journal of Medicine

The palm of a Brazilian woman leads to the discovery of a more serious underlying health problem: lung cancer.

According to a case report published this week in the New England Journal of Medicine, whose authors are Denis Miyashiro and Jose A. Sanches of USP, this 73-year-old woman visited a local dermatology clinic with complaints of itching and painful lesions in her stomach. both hands.

The symptoms first appeared nine months before. When doctors look closely at their palms, they notice sharp lines in the natural folds of their hands, plus additional jagged lines and "velvety appearance" on both palms.

Unfortunately, the appearance of the palm is almost always associated with certain cancers, usually gastric or lung varieties. In addition, the woman smoked the equivalent of one pack a day for 30 years and also suffered from persistent cough and weight loss. Not surprisingly, a CT scan revealed he had lung cancer.

This is a rare condition even among people with cancer. And it's still unclear exactly why this happens, although some researchers think cancer can somehow stimulate the overproduction of skin cells in the palm.

Although it may disappear if someone's cancer is treated, it does not occur in this case. Even ointment treatment doesn't seem to help. And apart from chemotherapy and radiotherapy, the woman's cancer continued to develop until the six-month mark of treatment. At the time of publication, the author wrote that he had started other treatments but did not provide further updates about his condition.