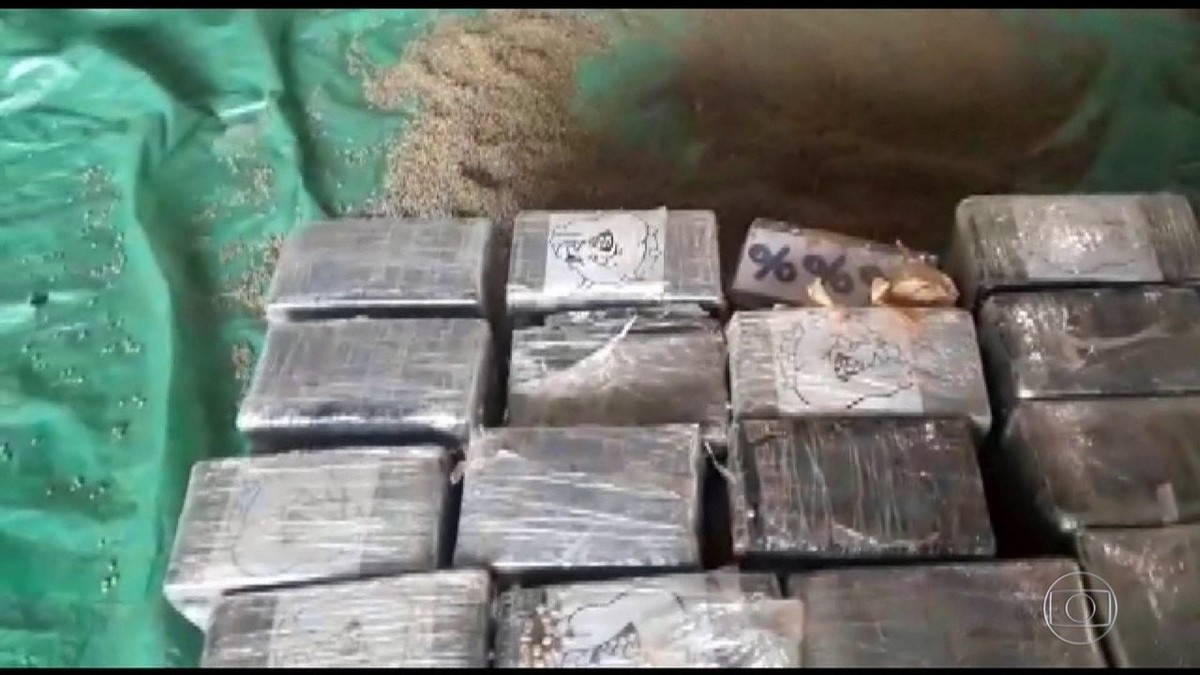 Cocaine seizures in Brazilian ports increased 50% between January and October 2019, according to the IRS. There were 47.1 tons seized in ten months. The total that was confiscated in 2018 was 31.5 tons.

Most drugs were found in the ports of Santos (18.9 t), Paranaguá (13.5 t), Christmas (4.4 t) and Itajaí (3.7 t). According to Revenue, the main destinations are ports from the Netherlands, France and Belgium.

Investigations show that workers' posts inside which are bribed by smugglers break seals and hide cocaine in containers – without the knowledge of the exporting company.

Cocaine is placed in various types of cargo, such as coffee and chemicals.

For the IRS, seizure records relate to increased cocaine production in Andean countries – the origin of the drug – and also to training agents ready to identify shipments.

Most ports have x-ray devices that identify suspicious cargo still in containers.

"All these details, how they were done, how they got it, how they got the drug was passed on to the surveillance team and also to the intelligence office," said Gerson Faucz, IRS delegation.

When enforcement is tightened, the gang tests a new route. The IRS seized a lot of cocaine going to Portugal and Italy, countries that have not been on surveillance radar until now.

"The police must always be adapted to the style of criminals and always seek their identification as quickly as possible," explained Luciano Flores, regional head of the Federal Police (PF).