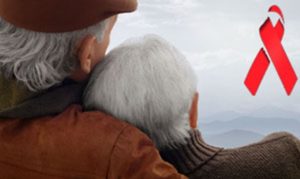 About 35 million people now live with the HIV virus worldwide, according to a UNAIDS report, a joint UN program to combat HIV and AIDS. In the State, since 2016 around 90 elderly people, between men and women, were diagnosed with HIV and AIDS, which was certified to only one death from the virus.

According to data from the State Health Department, 14 cases were reported this year, down 56% compared to the same period last year. The Municipal Council of the Elderly is the body responsible for developing policies, programs and projects that collaborate for the participation of the elderly in families and communities, especially orientations that focus on sexuality in this phase of life.

The council president, Nelsonete Gonçalves, stressed that work for elderly awareness and guidance was carried out regularly, especially after a significant increase in disease in the past decade. Earlier last month, in honor of Rosa, a symposium on female and male breast cancer was held, with guidance on the dangers of not using condoms and the consequences of sexually transmitted diseases such as HIV and becoming AIDS.

"It is very difficult for elderly people to be aware of condom use, especially for men who use sex stimulants. This campaign is even more neglected for women because they are considered asexual and inactive because they cannot give birth to children, but it happens that most transmissions "when a couple has an unprotected relationship outside the home and continues to their wife," he said. .

Across the State – In 2016, through the Department of State Health, a rapid test for syphilis, HIV, hepatitis B and C was implemented in 223 municipalities of Paraíba. SAE (Specialized Attention Service) distributes drugs in special units for diagnosis and treatment, in addition, it offers outpatient services available to the entire population.