After vandalism at the Arena, Corinthians carried out damage and will request a replacement from Vasco 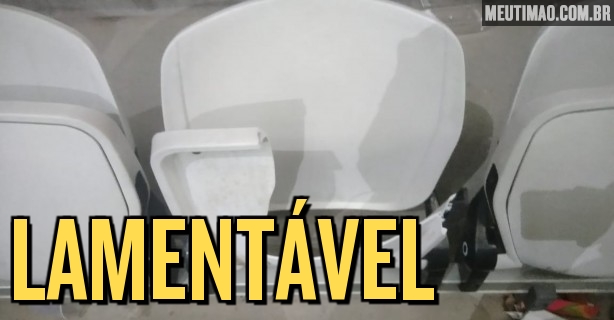 Confusion between Vasco fans last Saturday, after Corinthians' victory by 1 to 0, by the Brazilian Championship, resulted in damage at the Arena, in Itaquera. The club made a balance of damage suffered in the act of vandalism carried out in the sector visiting the stadium and promised to ask compensation for the team from Rio de Janeiro.

According to a statement issued by the club, on Monday, the chair of Corinthians Arena was the main "victim" of the vandals. For all, Timon counted 69 broken seats, plus 45 seats, 39 seats finished and 24 seats – check below.

Vandalism occurred at the end of the match, when the chair was broken and plastic pieces were thrown at Corinthians fans. The riots were detained by Military Police present at the Arena.

Also read: With Vital recovering, Corinthians began preparations for the match against Atletico-PR

It should be mentioned that, while vandalism occurs on benches, players do confusion in the field. After the final whistle from Brasileirão, Corinthian Fagner and Basque team Leandro Desábato and Kelvin were in front of the shooter next to the stadium reserve group.

Check the records issued by the Corinthians in full

Sport Club Corinthians Paulista informed that at the end of the match between Corinthians and Vasco, last Saturday (17) was broken by a crowd of 69 seats, 45 seats, 39 seats completed and 24 rear seats. At that moment, the black Hormann's door was also destroyed. After the damage was taken into account, Corinthians would charge the Rio association