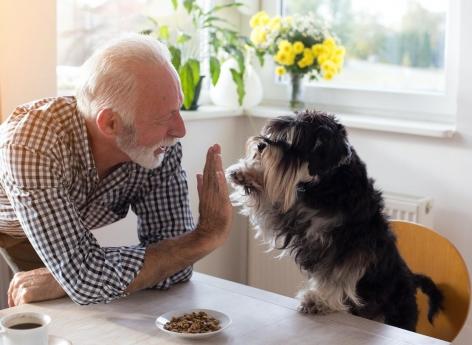 If you hesitate to take a dog, do it, it can save your life. A meta-analysis, published in Circulation: Cardiovascular Quality and Results, a journal from the American Heart Association, states that having a dog will reduce the risk of death, especially for those who have survived heart attacks and strokes.

According to Glenn N. Levine, chairman of the American Heart Association drafting group, the new findings are based on two studies and analyzes supported by previous articles, including those he wrote in 2013. "Although this non-random study cannot" prove " 39; that dog adoption or ownership leads directly to a reduction in mortality, this strong conclusion is certainly at least evocative of this fact, "said Glenn N. Levine. Previous studies in the field have provided insight into how dog ownership affects health outcomes, for example by reducing social isolation, increasing physical activity, or even lowering blood pressure. . These benefits make researchers believe that dog owners are better placed than non-owners in cardiovascular outcomes.

During the study, researchers analyzed the health records of dog owners and non-owners who survived a heart attack or stroke. Research data are provided by the Swedish National Patient Register. The patients studied were Swedish citizens aged between 40 and 85 years who had a heart attack or ischemic stroke between 2001 and 2012. The results showed that the risk of death for heart attack victims who lived alone after being hospitalized was lower by 33%, and decreased by 15% for those living with a spouse or children. Under the same conditions, for stroke victims who have dogs, the risk is 27% and 12% lower, respectively. In this meta-analysis, nearly 182,000 people suffered a heart attack, and 6% were dog owners, while for 155,000 who had an ischemic stroke, 5% were dog owners. Dog ownership has been confirmed by Swedish Agriculture Office data (registration of dog ownership has been mandatory since 2001) and the Swedish Kennel Club (all breeds of dogs have been registered since 1889).

Researchers say the lower risk of death among dog owners can be associated with increased physical activity and decreased depression and loneliness. Tove Fall, Professor at Uppsala University, Sweden, said dog owners are less socially isolated, which has a detrimental effect on individual health and is also linked to premature death. According to him, owning a dog motivates its owner to do physical activity, which can help with rehabilitation and improve their mental health. However, Tove Fall believes that further research must be carried out before making recommendations for dog ownership, and that this should only be obtained by those who believesee the ability and knowledge to give animals a good life.

Are you interested in this topic? Come and discuss in our forum!