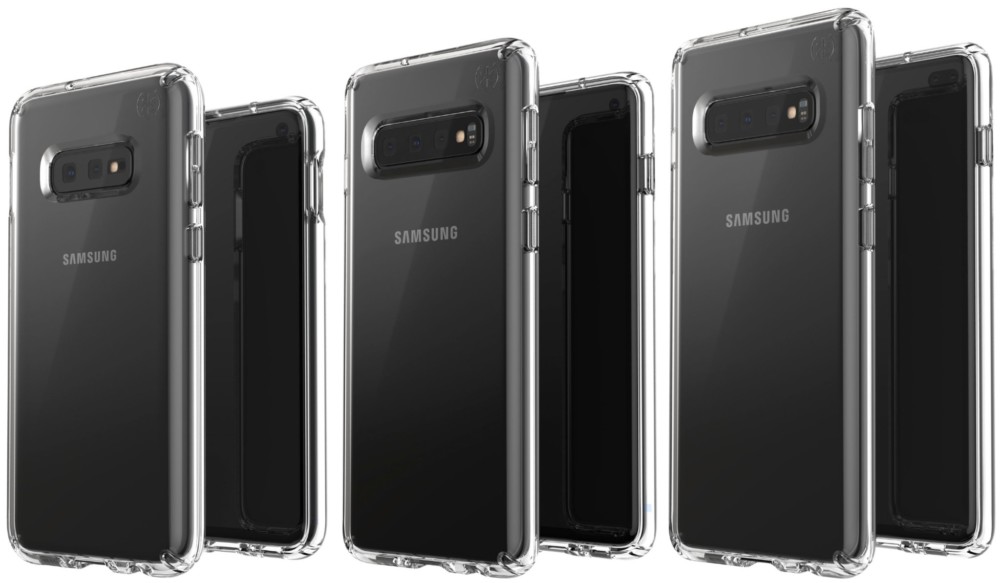 While their presentations are expected next month, the future Samsung Galaxy S10 has become a new subject leakage This Saturday. We can find their backs, but also their designs protective shell.

In twitter, that leaker indeed has released an image to see three models of the adjacent Gaaxy S10 range. This rendering makes it possible to see the faces of all three smartphones, with their large screens with holes in the upper right, but most of them return. We can find a dual camera on the back of the Galaxy S10E and three sensors for the Galaxy S10 and S10 +. Up front, that leakage seems to confirm a simple device for selfies for S10E and S10 and modules with two sensors for S10 +. This information seems to reinforce what the previous leak about this different device shows.

In addition, the image also reveals a protective shell around the Galaxy S10. The Hull manufacturer is usually one of the first props to have access to the rendering and technical specifications of a smartphone in order to offer appropriate protection when producing a smart phone. So there is a good possibility that the Evan Blass rendering comes from the third prop, in this case Speck, whose logo is found on the upper right of the hull.

We will know more about the Galaxy S10 lineup during its official presentation, scheduled for February 20. Meanwhile, don't hesitate to find our summary file to find out everything about Samsung's high-end future.

Read on Android: Samsung Galaxy S10: 5G, Infinity-O screen, One UI, Exynos 9820, all we know about its features