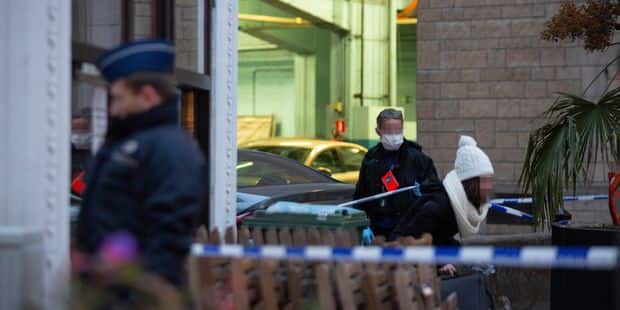 A policeman including Brussels-Capital-Ixelles regional police was the victim of a knife attack on Tuesday morning.

According to our sources, the author shouted "Allahu akbar" ("God is great") when attacking the police, accrediting the thesis of a terrorist attack.

The attack took place in front of the "PolBru" main police station, rue du Charbon, close to the Grand Place of Brussels. A policeman was injured. He was hit on the neck but appeared to be out of danger. The perpetrator, known as the law for trafficking in weapons but not for terrorism, was shot in the chest and is currently hospitalized. His days are not in danger.

The author of the attack, a Belgian of about thirty years, will be known "well by OCAM, as well as by the police" for the facts of terrorism, indicated Minister of Home Affairs Jan Jambon (N-VA). "Based on the information we have, it will be an interned person who has just been released," he said on Radio 1.

The first finding would not be possible to consider the attack as a terrorist act. However, according to our information, DR3 from the federal police, the part responsible for anti-terrorism investigations, is responsible for investigating this morning's attack.

The reason the attacker was unclear, said it was also to the parquet floor in Brussels.

A court investigation into the attempted murder in a terrorist context was opened following a knife attack by a police officer in the Brussels-Brussels capital on Tuesday morning in front of the Coal Street Market police station. Brussels parquet shows at the end of the morning.

Jan Jambon: "Police are once again victims of cowardly attacks"

"The police are once again victims of a cowardly attack," Interior Minister Jan Jambon responded Tuesday morning after a Brussels officer was injured in a knife attack.

"The prosecution is investigating this case," Jambon said, who said he was monitoring the situation carefully.

The Mayor of Brussels spoke through his Twitter account: "All my support for the police was injured in carrying out their duties and the police intervened to neutralize the perpetrators. Every day, male and female police from countries ensure the safety of our fellow citizens and deserve more than before our respect and support. "