Footleaks: the bottom of the transfer of Neymar to PSG was inaugurated! 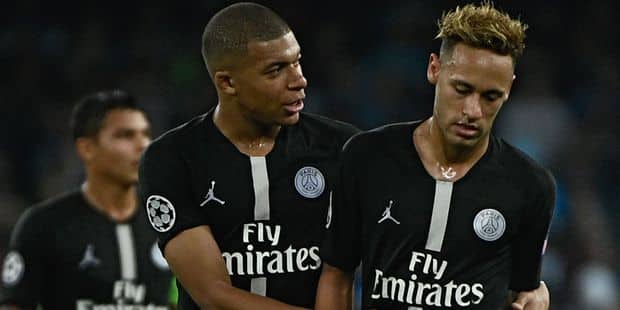 The Brazilian left Barcelona in the summer of 2017 to join PSG.

German media Der Spiegel and Mediapart have access to classified documents in the context of football leaks. This Friday night, we learned more about Neymar's transfer on PSG's side. He has gone for more than 220 million euros for the Paris club in the summer of 2017.

Mediapart confirms the crazy number of Neymar's salary. By signing a five-year contract that supports PSG, Brazil ends annual payments of € 30 million net-net (after payment of social contributions and income tax). The salary includes a fixed amount of € 25.5 million in addition to € 4.5 million in accordance with ethical bonuses. Players must commit to respecting the club's values ​​to collect the last amount. This is where the famous criteria comes where the attacker has "the duty to greet and thank fans before and after each meeting " to receive a premium of 4.5 million euros.

Officially, the total transaction price is estimated at 222 million euros, the Neymar transfer clause remains in Barcelona. In addition, two star agents, Neymar's father and Israel Pini Zahavi, won in the agreement of 10.7 million euros each. From here things get complicated.

Mediapart shows that PSG is criminally responsible if it does not pay the French tax authority a tax withholding commissions paid to two agents. Another solution is that Neymar senior and Zahavi bring their own, proof of payment of taxes in their tax resident country. At a glance, the two brokers were competing to provide tax residence certificates. Finally, Neymar's father chose to reduce this amount from the commission paid by PSG while other agents gave tax residence certificates in Israel.

The Neymar clan is very hard in business

The Brazilian star has negotiated more than 30 sponsorship offers with various brands. Other than that, "e club does not have sponsor rights to its individual image, even when the player wears a club jersey ", Mediapart said. This made it very difficult for PSG's task to make the transfer of players profitable from 26 years.

Besides his salary, Neymar is one of the most "bankable" athletes in the world. In particular, he negotiated 930,000 euros a year with Police glasses, € 869,000 a year with Sabritas chips (only for Mexico). With Toyota, he signed a good check for € 550,000 for a four-hour photo shoot in Barcelona.

PSG is difficult to balance the recipe

It has stuck with Nike and a jersey sponsor, Emirates. At that time, Paris executives tried to renegotiate an increase of 25 million euros, but this failed. They first handed the 100 million euro figure to Nike who replied that "this not in accordance with market value. " PSG has revised its ambition down by offering 60 million euros, always with the same results. The current contract between NIke and PSG runs until 2022. In October 2017, PSG entered into negotiations with Emirates, with no results. On the Emirates airline, France claims no less than 90 million euros. Emirates finally rejected the extension of the jersey sponsorship contract which expired in June 2019.