DRC: In the picture, the last tribute to the six Malawi peacekeepers was killed in Beni 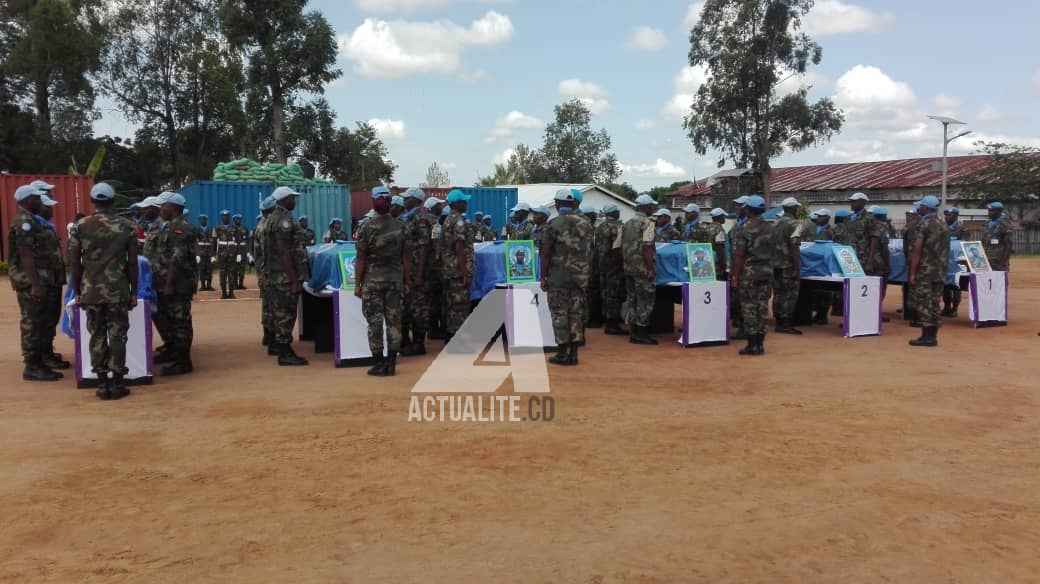 MONUSCO was sent home on Saturday, November 17, 2018, the bodies of six Malawi peacekeepers were killed in this week's fighting against ADF (Allied Democratic Forces) rebels in Beni (North Kivu). A ceremony to honor the victims organized at the mission headquarters. That was in the presence of the commander of Sokola 1 Operations, General Marcel Mbangu and MONUSCO intervention brigade commander, General Patrick Dube.