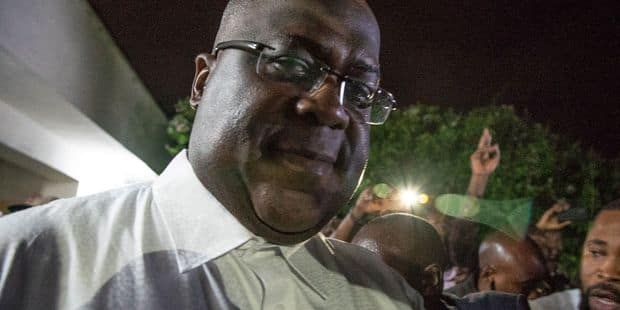 Asked by the Congolese court, a Belgian court confirmed that presidential candidate Félix Tshisekedi, winner of the poll based on the controversial announcement of the General Election Commission (CENI), had indeed used the wrong diploma endorsement at that time. La Libre has launched a fake on January 8, after questioning the Commercial Career Institute (ICC) where Etienne Tshisekedi's son will graduate that the institution does not organize.

Tshisekedi's party reacted by ensuring that the document was not used as part of the presidential nomination. But according to VRT, it's already good. Suspiciously, the attorney general of the Matete Court of Appeal (Kinshasa) even sent rogatoire an international commission last August to a Belgian court to help verify the authenticity of the document.

On November 21, one month before the election, Belgian Foreign Affairs handed over judicial findings to the Congolese authorities. School management confirms the wrong and adds a complete file of Tshisekedi students. It states that he was registered with the CCI for around 20 years, but never gave a satisfactory test to continue to a higher year.

The Cabinet of Foreign Ministers Didier Reynders and Justice Koen Geens have confirmed to VRT that Belgian justice has helped Congo justice in this case.