The Great Barrier Reef Is "In for Rough Ride" 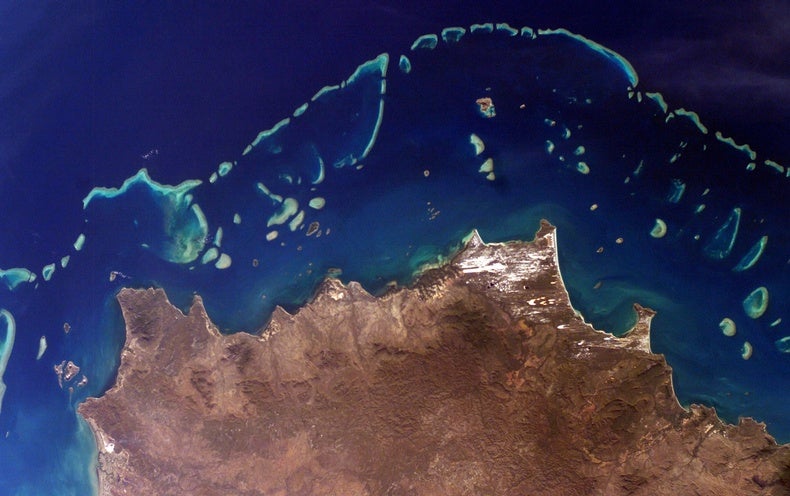 During the summer of 2017, most of the Australian Great Barrier Reef – usually riots of electric oranges, reds, and other colors – turn pale.

The temperature of unusually warm water, partly because of global warming, has caused corals to expel from their tissues symbiotic algae that feed them and give them their brilliant colors. It was the second mass bleaching event to hit a reef in a few years. Together, back-to-back events hit two thirds of coral reefs.

Now, with the summer of 2019 Australia ready to begin, atmospheric scientists predict El Nino – a recurring period characterized by warmer temperatures in the tropical Pacific Ocean. This high-temperature potential is again a threat to the Great Barrier Reef, one marine biologist Terry Hughes – a prominent figure in the protection of coral reefs – will be watching, looking for signs of more damage to the reef as he continues to push for it.

Hughes thinks there are a number of mitigation efforts that are worth exploring, such as reforesting watersheds flowing into the reef to prevent pollution runoff. But in the end he believes the key to saving corals lies in overcoming greenhouse gas emissions that trigger global warming.

Hughes' efforts to raise awareness about the fate of 2,300 kilometers of coral – the largest on the planet and home to thousands of marine species – have made it contrary to business and political interests. Last month emerged the Australian Research Council (ARC) will reduce funding from the coral reef institution Hughes directed James Cook University in Queensland – a step that was criticized by marine scientists around the world. (The ARC and conservative Australian government have now said the decision was not politically motivated, according to news reports.) Last week Hughes was awarded the John Maddox Award for fighting for scientific evidence in the face of hostility. Scientific American following him at the annual Falling Walls science conference in Berlin earlier this month and talking about the future of the Great Barrier Reef.

[[[[The following transcript of the interview was edited.]

What are your prospects for the Great Barrier Reef in the coming months?

NOAA [the U.S. National Oceanic and Atmospheric Administration] and the Australian Bureau of Meteorology both project the most likely occurrence of the El Nino event later this year. If that happens, the possibility of bleaching when the peak summer sea temperatures in March will be very high, but we will not know for sure until around January. Timely hurricanes can cool water despite long-term estimates. But you have to be careful about what you want. In 2016, the southern third of the Great Barrier Reef was saved by a typhoon that carried a storm [water] the temperature drops around 2 to 3 degrees Celsius. But with Cyclone Debbie in 2017, bleaching has taken place and the storm is category 4 when it hit the beach – so it's really very destructive and damaging [to the reef].

How do you monitor the bleaching program?

Our air survey, which we match with satellite temperature data, is the area of ​​the reef. We need seven or eight days to explore the entire Great Barrier Reef in a small plane that flies up to eight hours a day. This is very tiring, but that's the best way we have to get a complete picture. We ground everything [data] under water [during dives]. Every event we study has a different geography. The 2016 events are very much north affairs. The map for 2017 bleaching will show that the hottest part of coral reef – the part that has the most bleaching – is in the middle.

Are there reef areas that you are worried about?

My worst nightmare is the bottom [southern] the third of the Great Barrier Reef, which escaped the last two events, will turn white. It was only luck that prevented it from bleaching in 2016 and 2017. The coral reef has a very high number of branching corals which are most susceptible to bleaching. So if it gets a hot explosion next summer or summer soon, there will be a high death rate. That means all reef sectors will be hit in a few years.

How does the Australian government respond to bleaching events?

The story of the Great Barrier Reef in Australia, after an unprecedented bleaching, is very political. You would think that the right response from the government was to state, for example, that it would not be continued with the largest coal mine in the world [with a coal shipping terminal near the reef] or that it will increase the target for renewable energy. Nothing happens. The government has spent a lot of money investigating various interventions. Something really ridiculous – that [underwater cooling] fans, floating sunscreens. There is a campaign to ban plastic straws. If you are cynical, you will say that it is more about giving the impression of helping the reef when the elephant in the room still changes climate. There is also money to improve water quality. Sediment and nutrient runoff from agriculture to the inside of the Great Barrier Reef is an important problem, but the amount of funding spent on it is not enough to achieve the government's own targets. As a country responsible for the Great Barrier Reef World Heritage Area, Australia must lead international efforts to reduce emissions, especially after the latest IPCC [Intergovernmental Panel on Climate Change] report. The Commonwealth Government has officially signed a contract with a C target of 1.5 degrees [for limiting global temperature rise] from the Paris agreement, but Australian emissions actually increased.

How does the loss of funds from the Australian Research Council affect your work?

This is about a quarter of our funding and that won't affect for another two or three years, so we have time to continue with our current level of activity and moderate our funding model to cover that loss. That's not good news, of course. But we will continue to do the research that we are doing, especially if we see bleaching next year.

What do people misunderstand about the Great Barrier Reef?

There are still around 10 billion corals out there alive and kicking. We have just gone through a terrible event of natural selection in which so-called losers – species that are vulnerable to heat – have been greatly depleted. Mixed species have changed. The genetic composition of the coral population changes. I think that is just the beginning of a transition that is expected to make the Great Barrier Reef more resilient for inevitable future events. Everything will get worse before they get better. Until CO2 emissions and temperatures stabilize, corals will enter for rough trips. Because corals have large populations that are geographically widespread, there is light at the end of the tunnel – but that depends entirely on whether we can maintain temperatures up to 1.5 degrees C of the target.