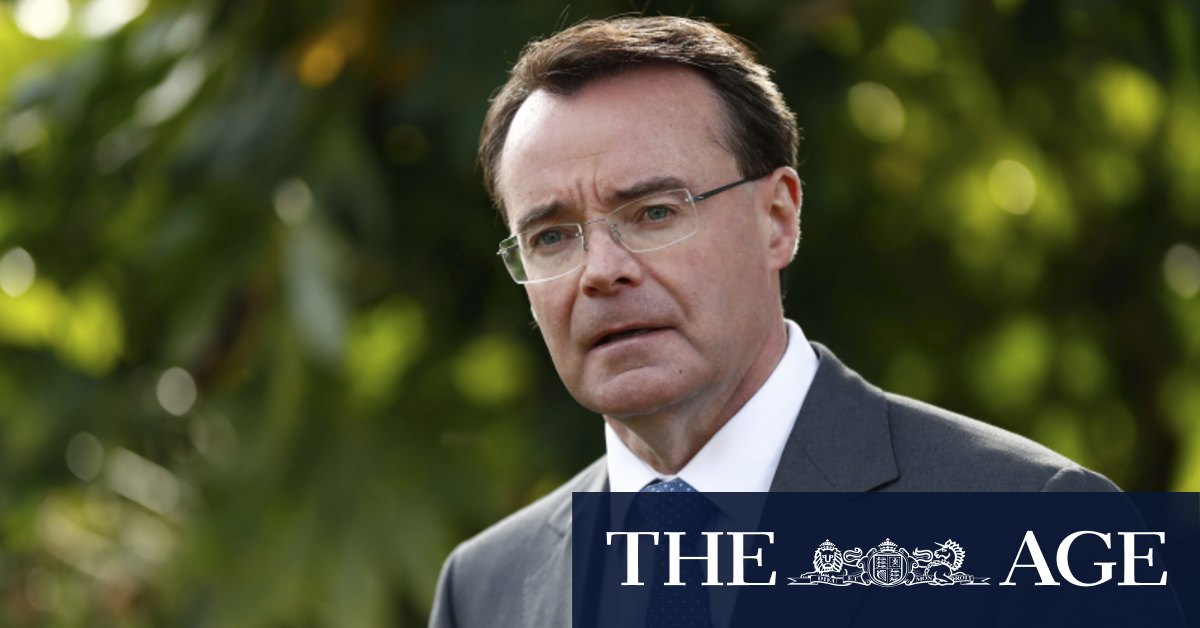 “Today, the State Government announced a significant reduction of social distancing measures, including a halving of the square meter rule and the elimination of mandatory wearing of masks at work,” the email said.

“We noted that one of our thirty-one Members was on leave.

“Tuesday’s meeting will be our last chance to meet as the Party Room team this year and it will be a face-to-face meeting.”

A senior Liberal lawmaker, speaking on condition of anonymity, said it was possible O’Brien could face a spill motion against his leadership but it was highly unlikely. “People just need to vent it head-on. He needs to feel their anger,” said the lawmaker.

The lawmaker was frustrated by the response to an email from the party room secretary, lawmaker Gary Blackwood, who said he would consult with the government department in charge of parliamentary services before arranging the meeting.

“How sad the leadership of the Liberals is because they are relying on the dictates of the Andrews government on where and when the Liberal parties can meet. [Former Premier Henry] Bolte will return to his grave, “said the lawmaker.

O’Brien is under pressure from some in his party to reverse the fate of a party that has fallen behind in the public vote as the state government has taken center stage while tackling a second wave of COVID-19 cases sparked by the hotel quarantine disaster.

Liberal leader’s approval rating – measured at 15 percent in polls published in The Age last month – reflected in the popularity of other state opposition leaders who find it difficult to enter into day-to-day political conversations as the country’s brave leaders face a health crisis.

Mr Riordan, one of the email signatories, added a portfolio of assistants to his responsibilities. Another lawmaker linked to the email did not appear in the pre-Christmas reshuffle on the last Saturday night of this year.

Start your day with information

Our Morning Edition Newsletter is a hand-picked guide to the most important and interesting stories, analysis and insights. Register to Sydney Morning Heraldnewsletter here, The Agehere, Brisbane Times‘here, and WAtodayhere.

Paul is a Victorian political reporter for The Age.