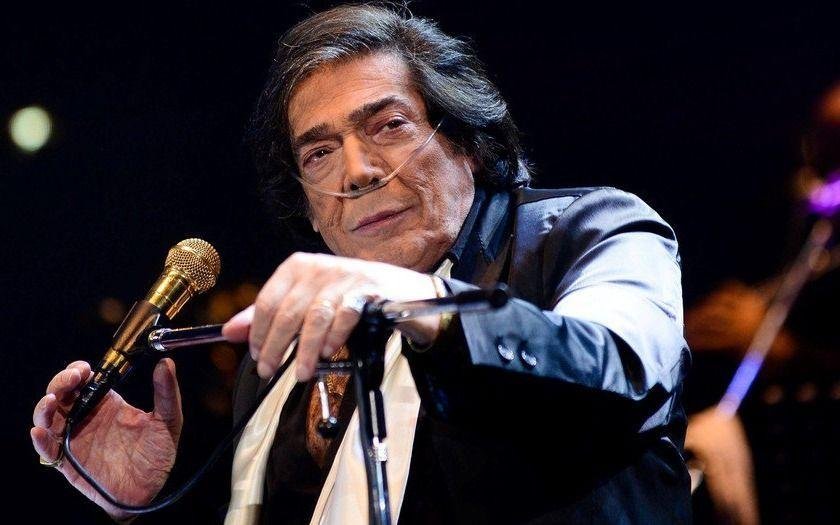 At least one thief entered Olivos's house. There was no violence, but, apparently, the door had been left open

"Cacho" is hospitalized in the arch for bronchial conditions

Hospitalized for bronchial conditions, Humberto "Cacho" Castaña became a new victim of insecurity. An attacker entered his house in the city of Olivos, Buenos Aires, and moments later, he fled to take 25 thousand dollars and some jewelry, police said.

The attack took place in the last hours in a house on Acassuso 2400 road from the party town of Vicente Lopez, north of conurbano Buenos Aires.

The singer was not there because, as is known, he was hospitalized since Wednesday at the Los Arcos clinic in the Palermo neighborhood.

According to the researchers, the servants arrived home yesterday morning observing that a man was running away with a backpack hanging on his shoulder.

After entering, he found that the main room was in a state of chaos, so he told Marina Rosenthal, Castaña's wife, who told the police that the Rolex clock and some $ 25,000 in cash had been stolen, the researchers said.

The police who arrived at the place made several expert checks to look for footprints and, in principle, decided that there were no violations.

Then it was determined that the perpetrators had succeeded in accessing the house through a back door that seemed to be left open. But suspicion leads to the environment.

The fact was investigated by personnel from the Conurbano North Security Department Headquarters, who worked under the orders of the head of the Functional Investigation Unit (UFI) of Vicente Lopez, Alejandro Guevara.

Prosecutors ordered the kidnapping of a house security camera located in front of Cacho Castaña to try to determine whether the perpetrator had an accomplice waiting outside in the vehicle.

In addition, he requested that the municipal security camera be analyzed to reconstruct the route the attacker had made on his escape.

"This is not human land"

After news of the theft spread, Baby Etchecopar radio conductor approached the singer's house. "They searched the house. They stole everything," he concluded. And he commented: "This is not human land. Here we are used to it. It's normal to have everything stolen."

A few months ago, the singer was concerned about the insecurity, along with "lack of work and education," a major problem affecting the country, he said. "There are people who are very bad and all are worrying. There is a lot of insecurity," he said.

Yesterday afternoon, Cacho's press agent, Leticia Gourdin, assured me that "he recovered well, but he still knew nothing about the robbery".

The singer entered the clinic after delaying commitments on Saturday, for inconvenience. Dan, wrapped up in a new scandal to declare "the mine must be surrendered. Youth is a disease that heals over time. Wait until the tail falls into all …", on Wednesday he was interned. At this hour we expect news about its evolution.