They attacked Boca's troops on court River: Conmebol said it was played at 7:15 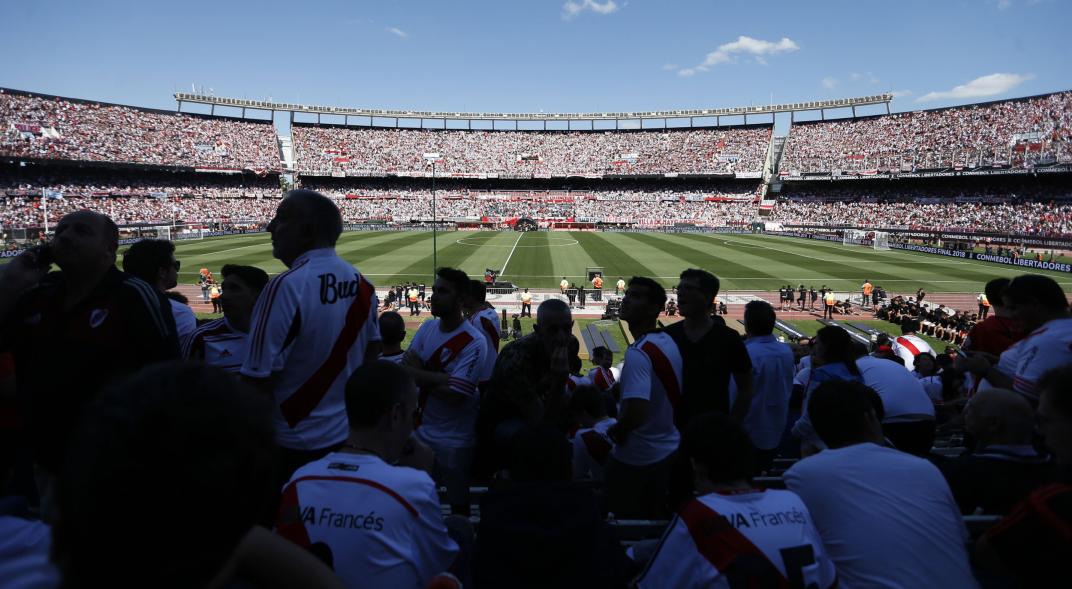 The arrival of the Boca squad to River court is not the best. There were attacks on campus: they threw stones at the collective and there was even gas, according to team members when they arrived at the stadium. This game is not played at 17. And finally, is that Conmebol announced that it was played at 19.15.

President of the River, Rodolfo D & # 39; Onofrio; A pair of Boca, Daniel Angelici, and holders of Conmebol, Paraguay Alejandro Domínguezthey remained reunited in a Monumental stadium office after River fans' aggression on Boca players in a preview of the superfinal rematch of the Copa Libertadores.

The start of the final will be postponed because there are players from The mouth is affected by aggression. Even speculating that it wasn't played, and Boca players will need help from an ambulance.

Perez, one of the possible owners, was transferred to the hospital. Too Almond, the one who will be the owner. Boca has warned that his team "cannot play." After 18, they are still in the clinic.

Conmebol warned that it was played at 18, but … then he said he played at 19.15. It was also revealed that CONMEBOL's doctors verified that the players' injuries would not prevent them from playing.

Micro Boca Juniors received rocks and projectiles today which were thrown by several River Plate fans when they arrived at the Monumental stadium, while several players were affected by gas thrown by police to disperse the aggressors.

Mikro Boca arrived at the Libertador avenue and there met with local people, who threw different strong elements against the glass and destroyed it, while security forces pressed sympathizers with gas, which affected the players. the visitor

Carlos Tevez, Cristian Espinoza and Mauro Zarate were among the most affected, with difficulty breathing and itching in the throat, while Nahitan Nández was angry about the problem on arrival.

"They are prostitutes (sic)," shouted Uruguayans Nández, who accompanied an affected Tevez, who could barely breathe together with other participants.

"They threw pepper spray," said striker Darío Benedetto with a red face and a clear expression of anger, as he entered the dressing room.

In turn, midfielder Pablo Perez and defender Carlos Izquierdoz agreed that they threw "everything" into the micro. After a statement to the media, Perez hit the door of the locker room by showing clear anger.

Meanwhile, coach Guillermo Barros Schelotto entered with a cough and failed to testify before the media.

Meanwhile, one of Boca's vice presidents, Horacio Paolini, accused the police of "liberating the area" and aimed at fighting "failure" operations in the area near the stadium.

"It's difficult to explain what happened because it was a confusing episode, because before the aggression we received, security people decided to throw tear gas and as a result some players were affected," explained the former club secretary general "Xeneize" César Martucci in contact with the press.

"I can't give details of the level of conditions because the players came before us to the stadium," he denied.