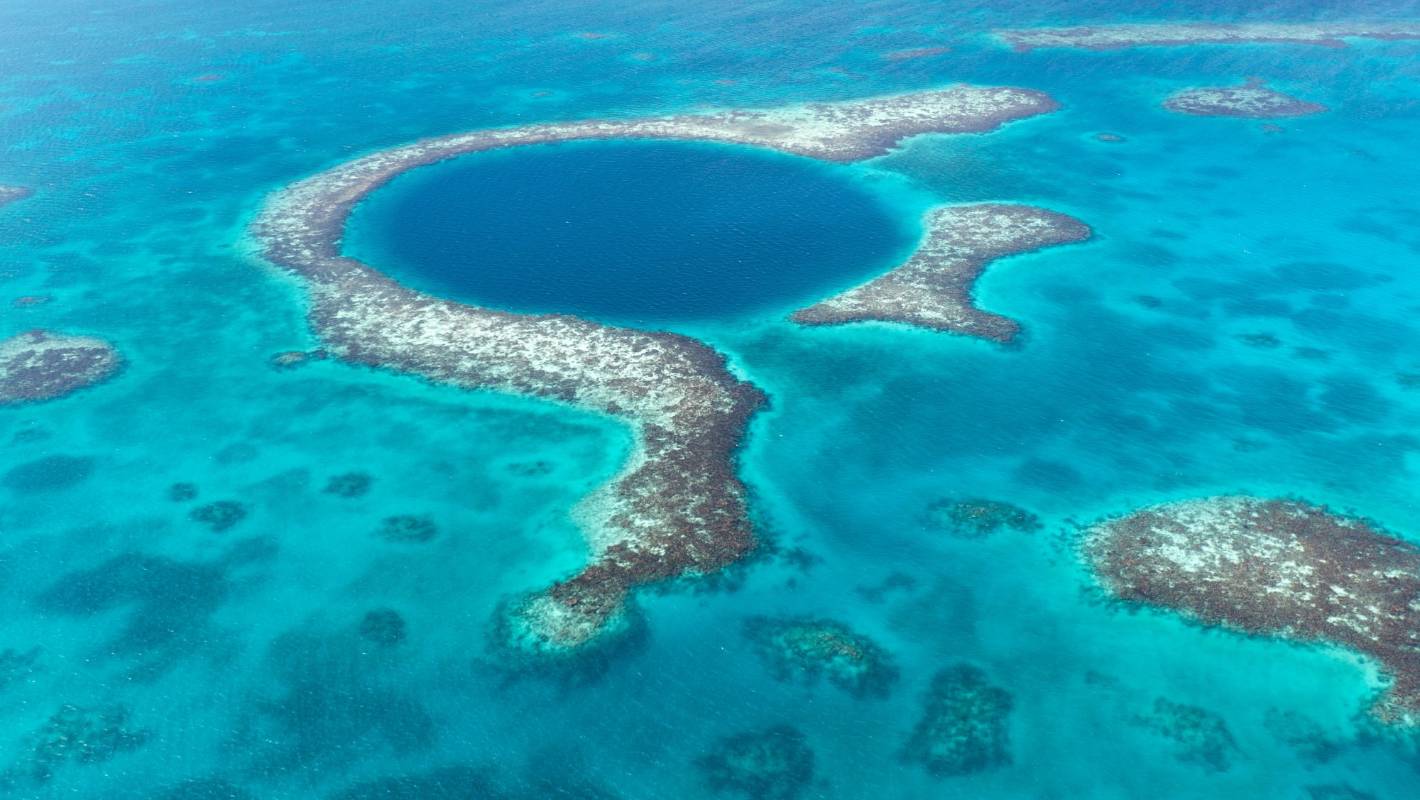 Richard Branson expects his recent trip to the largest drainage hole in the world to uncover "mysteries and myths of monsters and Mayan miracles".

Instead, the founder of Virgin billionaire found plastic bottles and signs of climate change.

"As for the mythical monsters from the deep sea?" Branson asked in a recent blog post. "Well, the real monsters facing the sea are climate change – and plastic.

"Unfortunately, we see plastic bottles at the bottom of the hole, which is a real scourge of the ocean. We have to get rid of disposable plastic."

Located on the Reef Lighthouse off the coast of Belize, a sinkhole as deep as 318 meters wide 124 meters is part of the UNESCO-listed Belize Barrier Reef System and a magnet for scuba divers.

About 300 feet (91 meters) down, submarine heads Branson, Cousteau and Aquatica, Erika Bergman, found a wall of stalactites – evidence, said Branson, about a cave system that initially formed on dry land.

"This is proof of how the ocean can rise quickly and synchronously. The sea surface was hundreds of feet lower … You can see changes in the rock where the land used to be and turned into the sea. It is one of the most striking reminders of the dangers of climate change I've ever seen. "

The team also discovered a skeleton of crabs, conch and other sea creatures at the bottom, which ran out of oxygen after descending into the hole's hydrogen sulfide layer.

They also want to help Ocean Unite promote sea awareness and achieve its goal of having at least 30 percent of the world's oceans protected by 2030.

Branson said the team spoke with Belize Prime Minister Dean Barrow about protecting 10 percent of the country's waters and banning grill nets, "known as the Wall of Death and doing so much damage to the marine ecosystem".

"My grandchildren will be in their thirties by 2050," Branson said. "I don't want them to grow in a world without corals, without the magic of the oceans. We need the government to act now to protect at least 30 percent of the ocean by 2030 and reduce CO2 emissions as quickly as possible with zero net emissions by 2050."