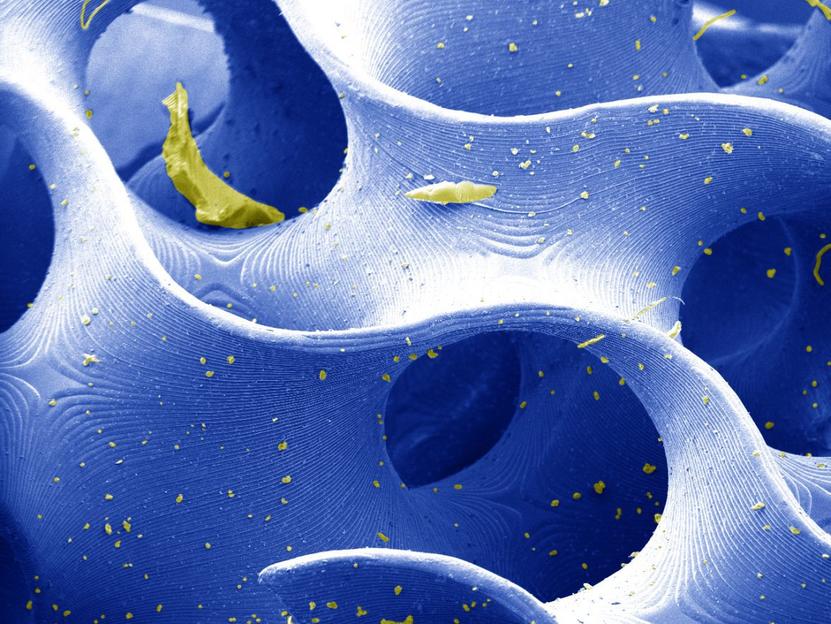 Piezoelectric materials that inhabit everything from our cellphones to music greeting cards may get an increase thanks to the work discussed.

Xiaoyu 'Rayne & # 39; Zheng, assistant professor of mechanical engineering at the College of Engineering, and member of the Macromolecular Innovation Institute, and his team have developed a method for printing 3D piezoelectric materials that can be specifically designed to change the movement, impact, and stress from all directions to electrical energy.

"The piezoelectric material converts voltage and pressure into an electric charge," Zheng explained.

Piezoelectric materials come in only a few forms and are made of fragile crystals and ceramics – the type that requires clean space to produce. The Zheng team has developed techniques for 3D printing these materials so that they are not limited by shape or size. This material can also be activated – providing smart infrastructure and new generation smart materials for touch sensing, impact and vibration monitoring, energy harvesting, and other applications.

Free the freedom of piezoelectric design

Piezoelectric materials were originally discovered in the 19th century. Since then, advances in manufacturing technology have led to clean room requirements and complex procedures that produce films and beams that are connected to electronics after machining. The expensive process and fragility inherent in the material, have limited the ability to maximize material potential.

The Zheng team developed a model that allows them to manipulate and design arbitrary piezoelectric constants, producing material that produces the movement of electric charges in response to the forces and vibrations that come from all directions, through a series of 3D printable topologies. Unlike conventional piezoelectric where the movement of electric charge is determined by intrinsic crystals, this new method allows users to prescribe and program the voltage response to be enlarged, reversed, or pressed in any direction.

"We have developed a design method and printing platform to freely design the sensitivity and operational modes of piezoelectric materials," Zheng said. "By programming 3D active topologies, you can achieve almost any combination of piezoelectric coefficients in a material, and use them as transducers and sensors that are not only flexible and strong, but also respond to pressure, vibration and impact through electrical signals that tell the location, magnitude and the direction of impact at each of these material locations. "

The factor in making piezoelectric current is natural crystals used. At the atomic level, the orientation of the atom is fixed. The Zheng team has produced a substitute that mimics crystals but allows the lattice orientation to be changed by design.

"We have synthesized a class of highly sensitive piezoelectric inks that can be carved into complex three-dimensional features with ultraviolet light. The ink contains highly concentrated piezoelectric nanocrystals which are bound to UV-sensitive gels, which form a solution – a mixture of milk like melting crystals – which we print with high resolution digital light 3D printers, "Zheng said.

The team demonstrated 3D printing material on a scale that measured the fraction of the diameter of a human hair. "We can adjust the architecture to make it more flexible and use it, for example, as an energy harvester device, wrapping it around arbitrary curvature," Zheng said. "We can make it thick, and light, stiff or absorb energy."

This material has a sensitivity five times higher than flexible piezoelectric polymers. The stiffness and shape of the material can be adjusted and produced as thin sheets resembling strips of gauze, or as rigid beams. "We have a team that makes them usable devices, such as rings, soles, and attaches them to boxing gloves where we will be able to record the impact strength and monitor the health of the user," Zheng said.

"The ability to achieve the desired mechanical, electrical and thermal properties will significantly reduce the time and effort needed to develop practical materials," said Shashank Priya, associate VP for research at Penn State and former professor of mechanical engineering at Virginia Tech.

The team has printed and demonstrated smart materials that wrap around curved surfaces, worn on the hands and fingers to change motion, and harvest mechanical energy, but the application goes far beyond electronic devices that can be used and consumer electronics. Zheng sees technology as a leap into robotics, energy harvesting, sense of touch and intelligent infrastructure, where structures are made entirely with piezoelectric materials, feel impact, vibration and movement, and make it possible for them to be monitored and discovered. The team has printed a small smart bridge to show its application to feel the location of the impact fall, as well as its magnitude, while being strong enough to absorb impact energy. The team also demonstrated the application of smart transducers that convert underwater vibration signals into electrical voltages.

"Traditionally, if you want to monitor the internal strength of a structure, you have to have many individual sensors placed throughout the structure, each with a number of leads and connectors," said Huachen Cui, a doctoral student with Zheng. "Here, the structure itself is a sensor – it can monitor itself."