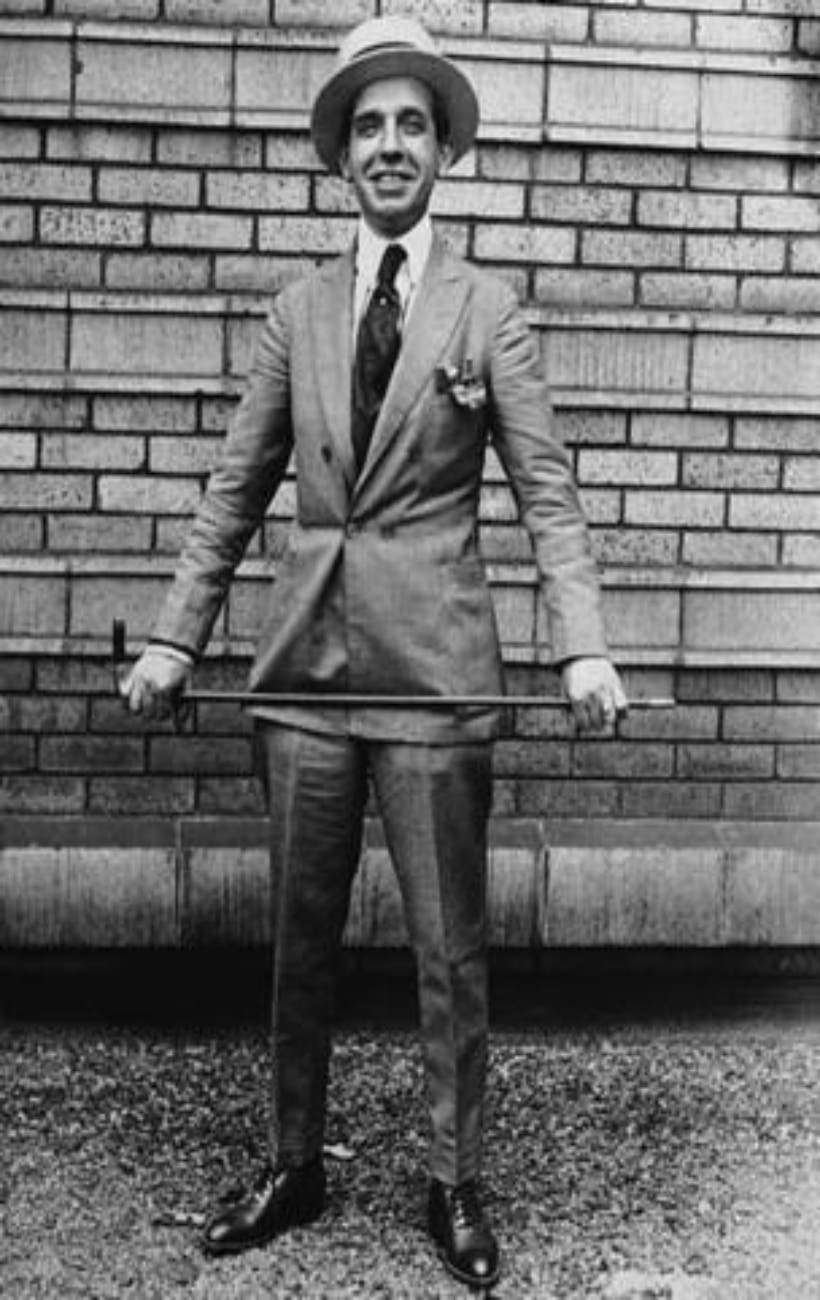 Hundreds of people who waited nervously with their money had to go home disappointed when he announced that he would not continue to receive deposits. At that time, an Italian who had emigrated to the United States with this almost empty bag had become a millionaire.

At that time, the charismatic entrepreneur was involved in a major controversy: the authorities had opened an investigation about his company, the Security Exchange Company, to try to understand how in a period of about seven months Ponzi had received millions of dollars from thousands of investors and, above all, how he can offer 50% interest within 90 days.

Information about the opening of the investigation caused a stir in Boston. There were riots and even some people were injured on occasion when the mob tried to enter the company's office to demand their refund.

Thousands of nervous investors began to pile up every morning in front of the Ponzi office, which in less than a week managed to calm the water and turn doubts into security and sympathy.

But how did he do it?

On the day the authorities announced an investigation into Ponzi's business, the businessman appeared in public beside the district attorney, saying that he would give full support for the procedure and offer a guarantee that he would pay every penny.

He explained that his business was based on taking advantage of the difference in prices of several international postal coupons, which were sold in various countries. The idea is to convert the dollars earned from investors in a depreciating currency like Italian lira and with that money to get a coupon at a lower price.

These are sent to countries with strong currencies where they are exchanged for stamps – the use value is higher than what has been paid for original coupons – which in turn is converted to cash.

He ensures that the entire operating cycle lasts about 45 days and that, sometimes, he can make a profit of up to 400%.

During the days of the bullfighting fight against his company, Ponzi arrived perfectly dressed every morning on top of his Locomobile, the most expensive car at the time.

With a big smile, he greeted the people in the queue and asked them to be impatient, because they all could collect their money, not only those who had passed the bill but also those who only wanted to recover their investment without waiting 90 days. term.

In his statement, he warned investors not to fall into the hands of "speculators" who, taking advantage of existing nervousness, wanted to buy their promissory notes at lower prices and then collect them and also maintain 50% interest.

Ponzi, in addition, spoke out against major financial institutions and announced plans to revolutionize the sector, creating a bank where dividends were distributed 50% to investors and 50% to savers.

He also pointed out the possibility of entering politics, once he obtained US citizenship, to help the unprotected. He said that if he wanted to get US $ 100 million, he would only save one million and dedicate the rest to charity.

He is also proficient in seemingly small movements. One day, when there were thousands of people queuing to withdraw money from his company, he ordered to distribute free hot dogs and coffee to those who waited. Then, many decided to leave and leave their funds in the hands of Ponzi until the agreed 90 days ended.

In less than a week, the queues of people who want to restore their investment fade and the businessman becomes a celebrity.

"After a week of researching Ponzi, public interest in him and his actions remained unchanged, followed by hundreds of people wherever he appeared on the road and welcomed him as a hero," he said on August 1, 1920, The New York Times.

"Although the federal audit of its accounting records has only just begun, its admirers see it as if it has been claimed and is eager to receive more funds.

"Employees of department stores, factories and large factories have collected their money and cannot wait for the opportunity to invest money with Ponzi in the 50% scheme in 45 days," the newspaper added.

But that calm will take place in a short time.

Less than two weeks later, a federal audit revealed that the Stock Exchange Company faced debts of at least US $ 7,000,000.

Then, the authorities filed an indictment against him stating that, from the start, he knew that he would not be able to pay and that, in fact, he never negotiated with international mail coupons.

The operation started by Ponzi in December 1919 with receipts during the month of around US $ 870 by around 15 investors, has led to massive fund withdrawals estimated at US $ 250,000 a day and forced the Security Exchange Company to employ around 16 people tasked with making registration income and save money in the closet and even in the waste basket.

Many of these people from all nationalities and levels of life, went to the Prosecutor's Office to seek justice after giving "every last penny" of their savings.

According to authorities, Ponzi's "business" consists of paying the interests of old investors with new deposits, in a kind of pyramid fraud which, since then, has been known globally as "Ponzi schemes".

Two days later, the "entrepreneur" went to jail, something that protected him from being killed by one of the many angry investors who wanted his head.

Ponzi was sentenced to five years in prison in a federal prison, where he only served a sentence of three and a half. During that time he sent Christmas cards to thousands of creditors, to whom he promised to return the money as soon as he regained his freedom. However, when that time arrived, he was awaiting a new trial for mass theft in Massachusetts.

After being found guilty, he appealed the verdict and used his freedom to travel to Florida, where he tried to sell swamps. Therefore he was tried again and found guilty of fraud.

Ponzi fled to Texas, but was arrested and sent back to Massachusetts, where he remained in prison until 1934, when he was deported to Italy. He ended at that time, at least as far as we know, his criminal career which did not begin in the United States but in Canada.

Between 1911 and 1912, Ponzi spent 20 months in a Montreal prison for falsifying checks in an episode where there were several clues about what would happen next.

According to his biographer, Mitchell Zuckoff, the prospect of success on a new continent that Ponzi owned when he arrived in Boston in 1903 was very little. At that time I was 20 years old, I did not know English and also did not have extraordinary skills and, to make matters worse, I considered it a pride because I did not have to work a day in his life.

Ponzi grew up in the city of Lugo, in northern Italy, in a modest family which, at the expense of sacrifice to save part of his father's income – who worked distributing letters and selling stamps – managed to send him to the University of Rome.

Instead of learning, young Carlo devoted himself to partying and soon had to go home without a degree or money. Then, his family agreed to send him to the other side of the Atlantic.

After spending his early years working as a waiter or dishwasher in various cities on the East Coast, Ponzi got a job at an Italian-owned bank in Montreal. According to Zuckoff, that's when he started thinking about "other ways" to get money.

After being found guilty of falsifying checks, he was sent to prison, where he worked at the post office. The person who became his supervisor then described him as a very intelligent and kind-hearted young man who had a talent for counting. However, he also pointed out that he had an "obsession to plan a financial blow".

Apparently, Ponzi managed to overcome this weakness in the last years of his life, when he went to work for Italian airlines in Brazil. The company was closed because of the start of World War II and, later, he tried to make a living by installing a kiosk selling failed hot dogs.

Furthermore, he earned income from teaching English and French, which barely gave him enough to survive.

On January 18, 1949, seven decades ago, he died in a charity ward in a hospital in Rio de Janeiro. He is 66 years old and is really bankrupt