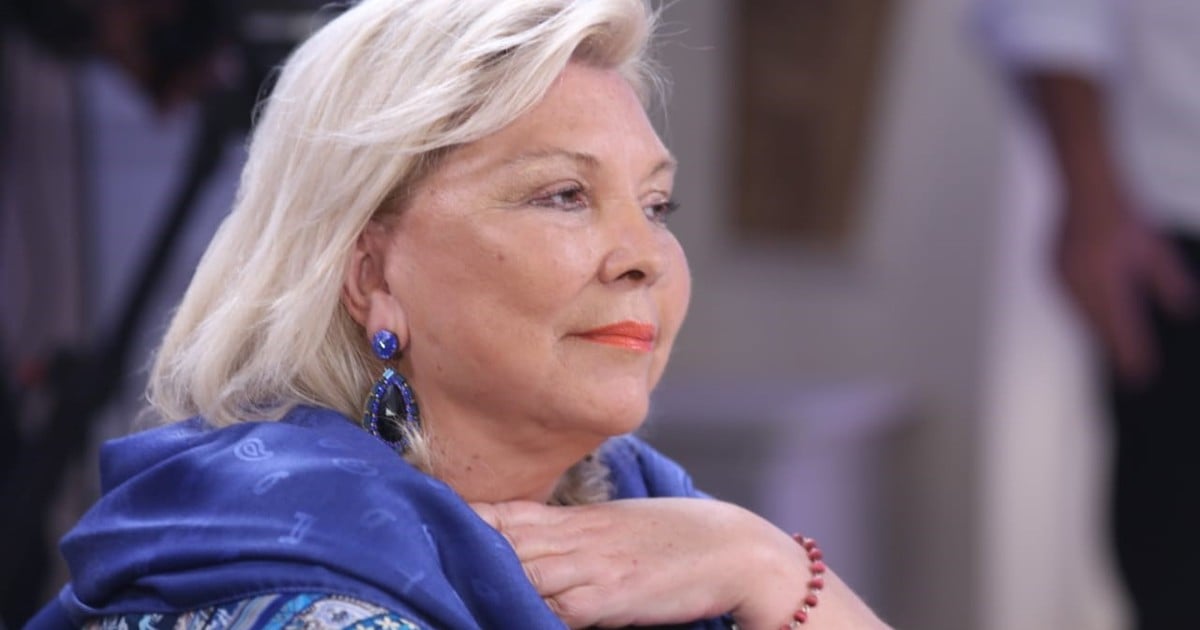 Court, unanimously from its five members, rejected this afternoon the request for change deputy Elisa Carrió for the auditor to the general administrator of the maximum court and Ricardo Lorenzetti's confidant, Hector Marchi.

In the resolution, they established a rejection where the request was "it is not an action or a resource one of which, in accordance with Articles 116 and 117 of the National Constitution, authorizes the jurisdiction of the Court. "That is, it is a request that is not included in the court's judicial power.

However, in the Carrió neighborhood, it was maintained that the demand for "leaving the Marchi problem" was posted on the agenda.

On the other hand, Carrió asked the Federal Chamber and the Cassation replace treasurer Martín Irurzun in the cause of bribery.

In a note, Carrió and his block deputy Juan López, reminded Rosenkrantz that in July they had asked the Financial Information Unit (UIF) to investigate "networks of individuals and legal entities that could be part of washing asset maneuvers derived from acts of corruption that should have originated , among other facts, in the management of Hector Marchi in his position as the Supreme Court Administrator. "

When he took over Rosenkrantz he took control of the Judicial Information Center (CIJ) with his trusted officials which led to public fights with Lorenzetti, but so far he has not advanced to the general manager.

Carrió and López recalled that because of the current confidentiality of information in the process before the FIU could not be disclosed because the law prohibited it until finally the FIU made a criminal complaint.

They also report that they did "criminal complaint about irregularities in the Chamber of Justice submitted in the Federal Criminal and Correctional Court No. 8, file No. 14,603 / 2018, the agency where we also request a comprehensive audit. "

In addition, in the process of impeachment to Lorenzetti, the Corps of Experts from the Nation's Branch of Justice, Especially in Cases of Corruption and Crime against Public Administration, consists of "some trusted experts from former authorities, who" absorb "the most sensitive causes, to add more and more a lot of strength ".

For such a situation "Hector Marchi is no stranger, irregularities in the appointment of experts in the murder case of Alberto Nisman which requires an audit to be carried out in the body ".

In that note, Carrió and Lopéz also asked him to appear audit in "the Social Affairs of the Judicial Power of the Nation, the organism in which we have seen irregularities in the demand for Political Decisions which were called by several national deputies in April 2017. "

Audit "must be carried out by public or private bodies independent of current and especially General Court judges. It would be painful to repeat the precedent of the scandal that occurred during the administration of Nation President Néstor Kirchner where Alessandra Minnicelli of SIGEN controlled her husband's management, Federal Planning Minister Julio De Vido ".

On the other hand, Carrió, considers that the transfer of cameraman Irurzun to the cause of the K money route "it was truly a disaster for those of us who are seeking justice thirty years ago, "he said on his Twitter account.

In the same line he highlighted the "extraordinary years of work by Irurzun and Horacio Cattani to fight corruption and not allow closed cases" for the crime.

In the cause of the K money route calculated to the businessman Lázaro Báez, along with his four children, Leonardo Fariña and Federico Elaskar, among others. In that case, former president Cristina Kirchner was also investigated. The judge was removed from the case on November 22, with the decision of the Criminal Cassation Federal Room.

Irurzun intervened as a member of Room II of the Federal Room and was set aside to make room for an appeal filed by the defense of the former AFIP chief, Ricardo Echegaray, trying to cover up and approach to be sent to court for this reason. .

It was precisely one of the judges who had asked to accuse former president Cristina Kirchner and now had to review the lack of reward with the former head of state who benefited.

The judge was questioned by Frente para la Victoria (FpV), who had requested his impeachment, after confirming the prosecution of the former president in the case of future dollars. Requests for the trial were based on the representative of Hector Recalde, who argued that "it is not wrong for the judge to have an ideology, what is wrong is to cancel the cause" and talk about "persecution" of the former president.

Regarding the mention of Carrió to Judge Horacio Cattani, he was one of the judges of Room II of the Federal Room of Buenos Aires, who, earlier this year, resigned for health reasons.