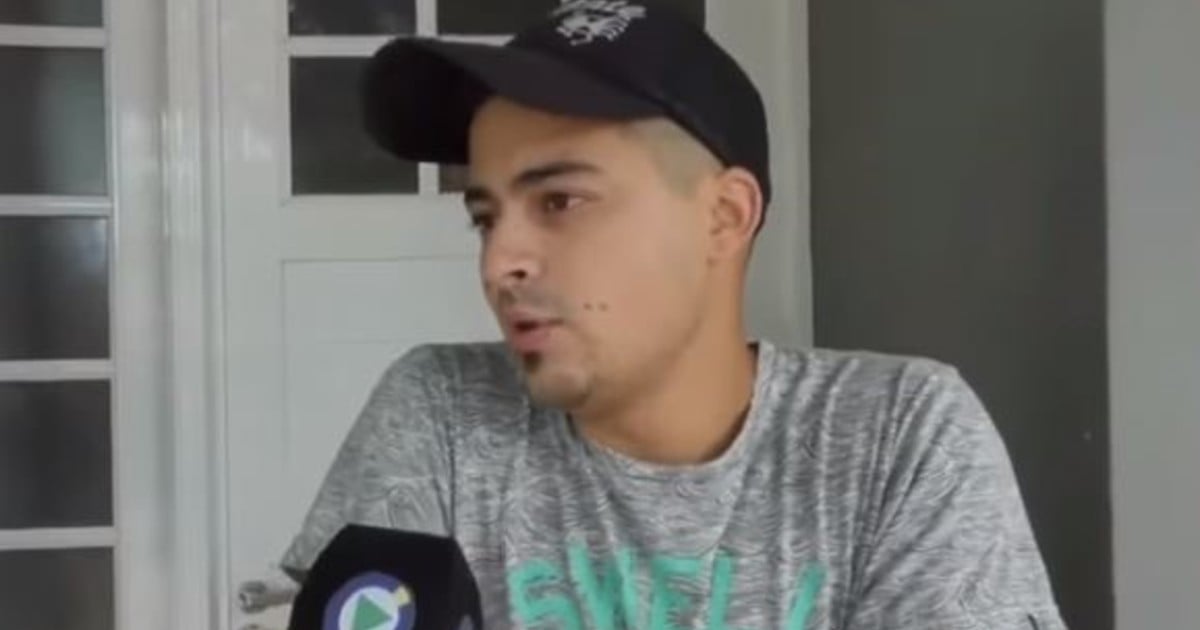 There was a missing 17-year-old girl, her family, friends and police desperately looking for her. Ezequiel did not hesitate. He entered the boss's office, and showed a security camera, contributing perhaps to the most substantial element of the feminism investigation Agustina Imvinkelried in which she managed to find Pablo Trionfini's car at the time of the last seen.

What surprised him, The decision made him suspended in his work and possible dismissal, from the Shell company service station located on the provincial route N ° 6.

Agustina was captured by a service station security camera.

"I froze when they told me what had happened and I went to check the security camera, that's the most I can do," he told Play Television.

On Monday, when Agustina's body findings were confirmed, Ezequiel Schaab paid attention to the different treatments at her workplace.

"I felt a strange atmosphere until I asked what happened, they told me that I violated the rules, that I did not have to help, I never had to ask permission to enter the office, other than when you called them for the weekend they did not show up That is a situation where seconds can change things, "he added.

But his boss's argument finally dislocated him. "He told me that I should be cold, that at that time I would not solve anything because at that time the girl was dead, and I realized the person I was facing, who answered me like that. A girl and a sister as old as Agustina and you put yourself in a family position, "he added.

Bad faces continue on Tuesday. "As if I had stolen, no one spoke to me, and on Wednesday I received a telegram of five days without pay and notification of possible future dismissals, only to help, I did not cause harm to the company," it went into my head is not a situation or suspension, "he said.

"It was an extreme situation and the only thing I thought was to help," Ezequiel resolved between not believing and being hurt by the situation he had to go through.