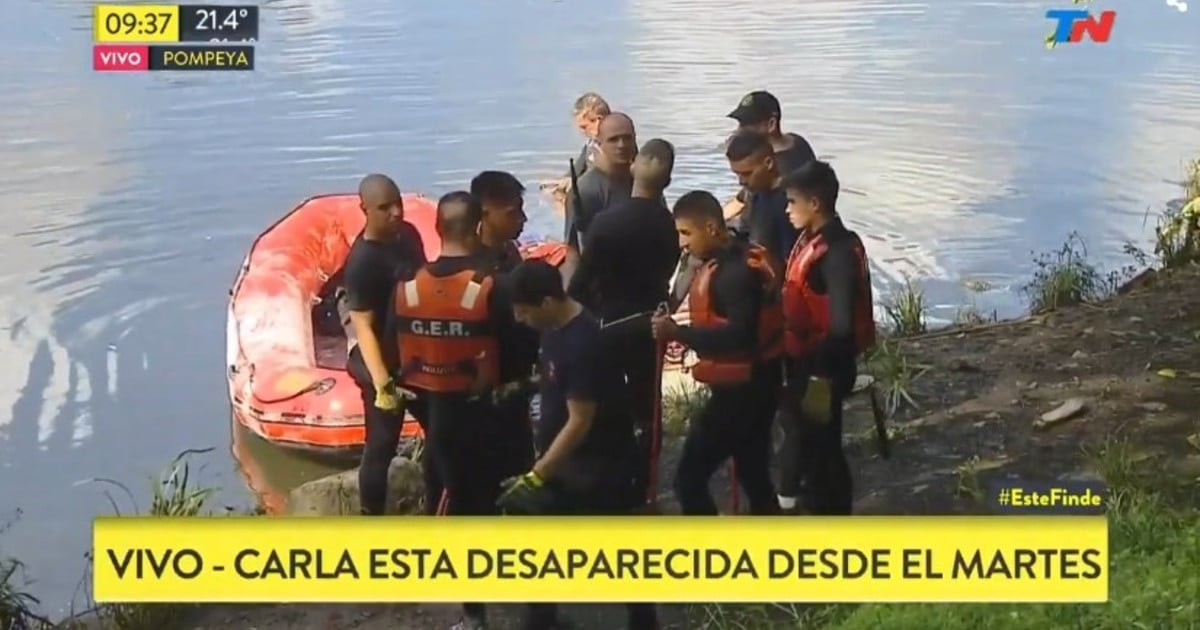 It was 8 o'clock in the morning when an intense attack began this Saturday to look for Riachuelo Carla Soggiu, the last woman they saw on Tuesday was 15 and had activated the anti-panic button. In the midst of the operation, the Porteno government janitor found bodies in the river and informed the prefecture. "Now we are working to identify it," they confirmed from the City Ministry of Security.

GER members work in search operations, Special Rescue Group Fire Department, next door Search for Police Division City. But it was in Barracas, three kilometers from the place where firefighters began sweeping, where people who cleaned the banks every day Riachuelo found a body and warned the authorities.

The findings appeared after they appeared new picture of a security camera that yesterday they discovered thanks to the testimony of neighboring Pompeii. In filming, Carla was observed walking along Ochoa Street to the bus stop on line 32. They were taken on Tuesday at 19:35.

At 10 this morning, he had planned a meeting of troops from the Around 4B Police Station and a member of the Urban Operations Division to Contain Sports Activities, which would be folded for search. But with the discovery of bodies in Riachuelo, the priority is to identify the corpse to determine whether it is Carla Soggiu.

Carla Soggiu is 28 years old and has hydrocephalus.

Woman from 28 years disappeared on Tuesday night, after making two panic buttons he had because of the threat he suffered from his ex-husband, which has been criticized by gender violence and rape. This is about Nicolás Fuentes, arrested since December 27 because of a brutal attack, in which he was accused of binding and raping Soggiu.

The last contact that Carla did with her family occurred at 18 o'clock on Tuesday, when she communicated by telephone with her mother to tell her that she was going home. According to his environment, he has hydrocephalus, the reason why it has a valve in the head that will increase the risk of life before the possibility of a blow.