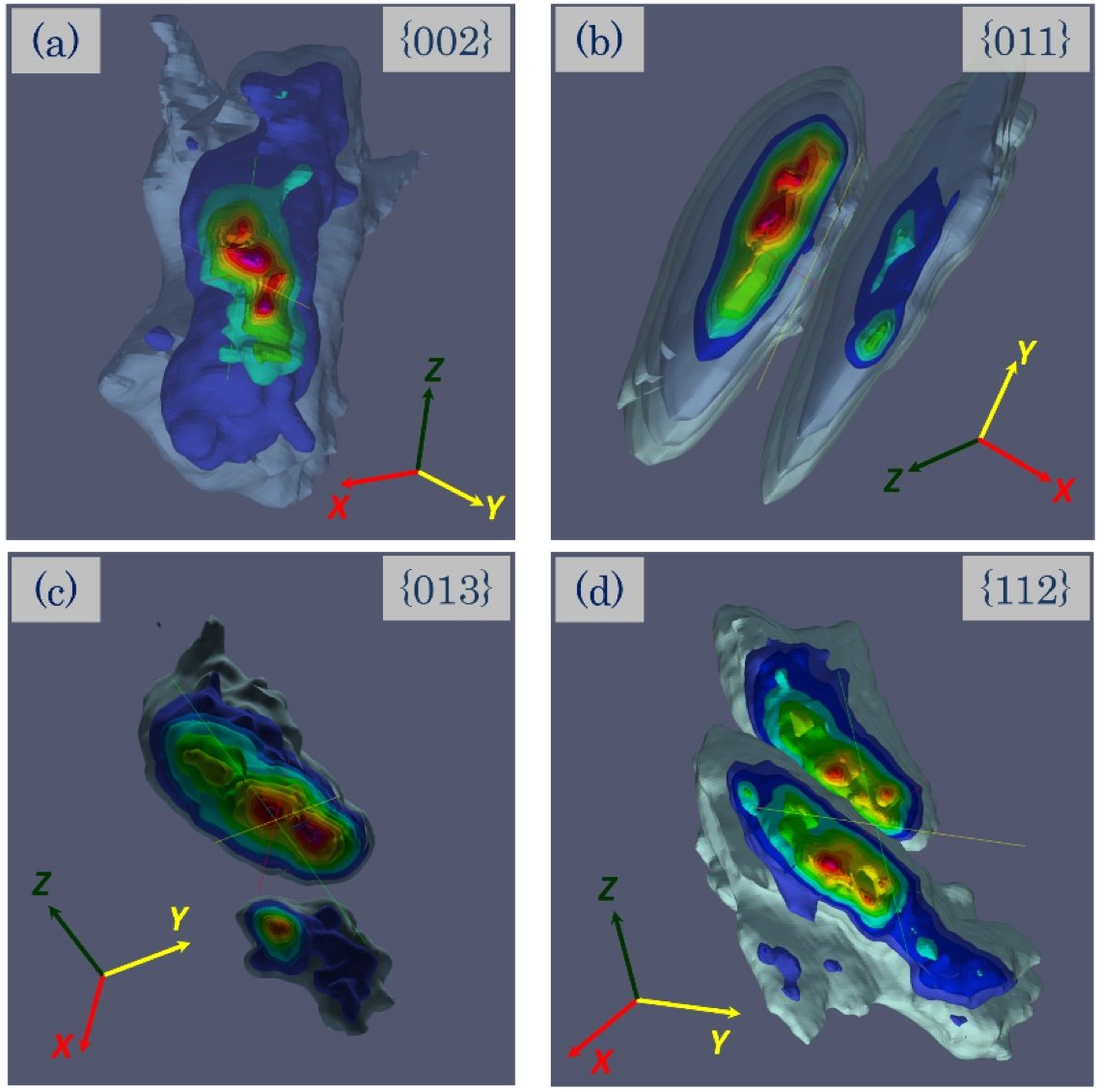 An international scientific team, which includes scientists from China, Israel, Britain and Russia, has developed a new method for measuring crystal responses in electric fields. Studies conducted at the European Synchrotron Radiation Facility (ESRF), published at Journal of Applied Crystallography and appears on the cover of the October issue. This method will help apply new ones and improve functional materials that are available.

"This study is dedicated to crystalline (ferroelectric) materials, which are used in various devices from sonar to submarines to ultrasonic diagnostic device elements," said researcher Dmitry Chernyshov of the Swiss-Norwegian Beam Line at the ESRF and SPbPU's Electronic Physical Department. He stressed that improving the properties of the material is a very important scientific task.

Scientists say that detailed three-dimensional scattering maps were collected during the synchrotron experiments at the ESRF. These maps carry detailed information about the crystal structure and its response to the electric field. Furthermore, mathematical methods were created to extract relevant information from the map. The crystals studied are placed in cells specifically for the application of electric fields. This cell was developed by St. Polytechnic alumni. Petersburg, Tikhon Vergentiev as part of the Ph.D. project during his internship at ESRF.

Crystal structures can be described on different spatial scales. It is possible to describe structures at the atomic level or at large block levels of atomic structures (domains, boundaries between domains, structural defects). When external conditions change (temperature, pressure, etc.), all structural components react differently. The research team studied the material response to the electric field in the atomic structure and its domain.

"In the context of one experiment, we can see how different levels of the structural hierarchy react to external influences. If we measure and describe the responses of individual components of complex systems, as well as their interactions, it would be possible to rationally control structure and property of these ingredients, "said Dmitry Chernyshov.

The study authors hope that the results obtained will be needed by various specialists. This will help chemists to adjust chemical composition and crystal structure, and scientists will use new tools to manipulate large blocks of structure, domains (domain engineering). According to scientists, this will lead to improvements in the properties of materials used in ultrasonic diagnostic devices.

Explore more:
The research team turned the switch on ferroelectric