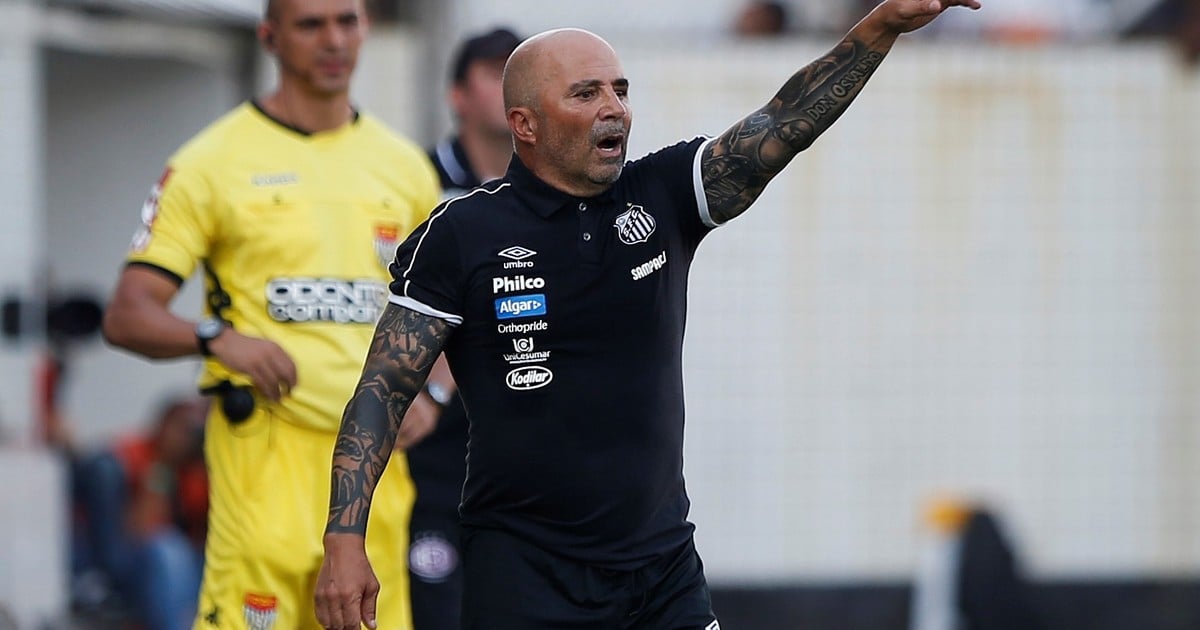 Cycle Jorge Sampaoli at Santos from Brazil began this Saturday with a victory at the Paulista Championship. But the Argentine coach did not go through easy hours. After saying he did not know the club's poor financial situation, Casildense was surprised to have to rearm his team a few hours before 1-0 against Ferroviaria.

It turned out that striker Bruno Henrique, who would start, did not appear at the Santos rally and did not contact the coach to let him know that he was advised not to play because he finished his arrival at Flamengo. He also received no notice from the leadership of Santos.

"He will be a starter and he doesn't show up at concentration, I have to talk to leaders to see what really happened. Players do not communicate non-presentations"He told a press conference after the match." A player who will start is not, "he stressed, pointing out that he did not know" what would happen "with players, because" who should see it with leadership "

Endlessly, Sampaoli had to rearm the team and go to the field with a score of 4-4-2 with young Brazilian players Yuri Alberto and Felippe Cardoso as leaders of the attack. With that scheme, the team dominated in the first round, creating several opportunities, but there was no big danger.

At reopening, The Little Man of Casilda back to 4-3-3, but everything remained the same until the entrance of Colombian player Jonathan Copete, who helped open the space and his shoes came out of the winning goal, converted by Jean Mota 13 minutes from the end.

Jorge Sampaoli lives with the intensity of the first date of the Paulista Championship. (AP / Nelson Antoine photo)

The former Chilean and Argentine voters showed fans, at the Vila Belmiro stadium, the philosophy of the game, based on ownership with wings that gave space to the field.

However, Sampaoli, who has signed two seasons with Santos, said he was still awaiting the arrival of reinforcements promised by the club's board.

Jorge Sampaoli lives with the intensity of the first date of the Paulista Championship. (AP / Nelson Antoine photo)