River-Boca: the ophthalmologist who confirmed the injury Pablo Pérez is a Millionaire fan – 11.25.2018 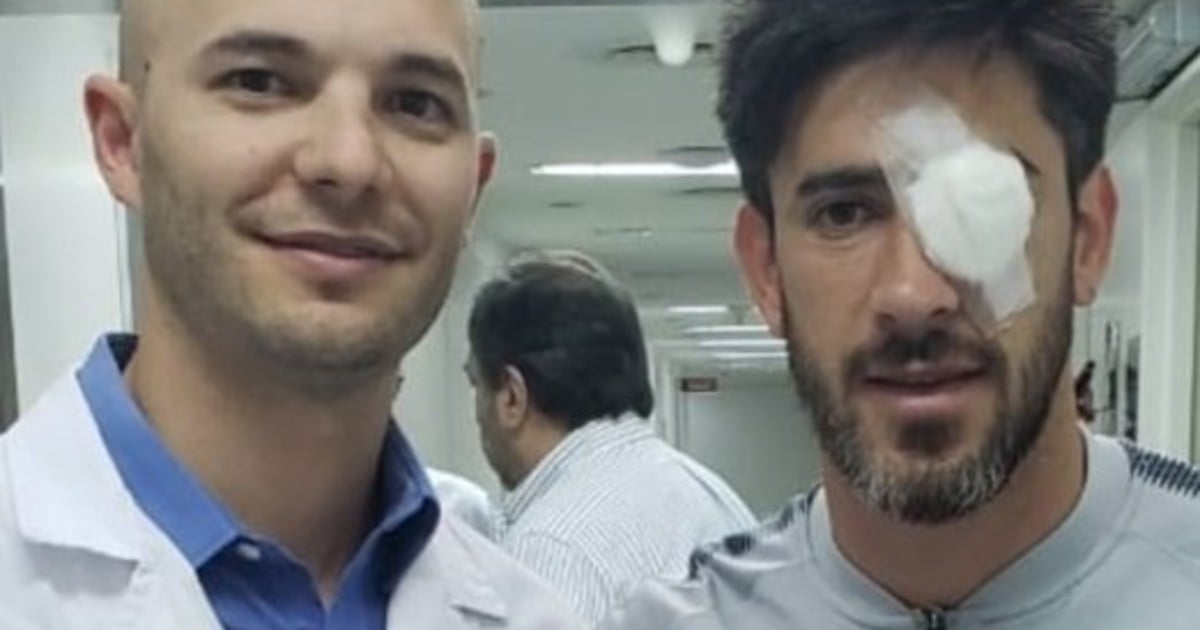 After a serious incident on Saturday around the field River plate which causes a final suspension Libertadores Cup, Speaking ophthalmologist Otamendi Sanatorium in attendance Pablo Pérez, one of the players Boca Juniors injured when Millionaire fans attacked with micro stones from forming.

He also explained in a dialogue with Radio Miter that the Boca captain arrived on Saturday with "decrease in visual acuity is important".

Weremczuk, in addition, attended teenage midfielder Gonzalo Lamardo, to whom he gave a more complex diagnosis: "A paracentral corneal erosion".

The ophthalmologist described how the two players when he received them in Guardia: "They are quite happy, sad will be the right word, and with enough inconvenience, they have burning eyes, their eyes bother them. They suffer from photophobia, tear and blink all the time. They have chemical conjunctivitis because gas exposure and corneal erosion ".

Injured to the eyes of Pablo Pérez, in a photo published by Boca doctor Jorge Batista

Finally Weremczuk, who during the interview assumed that he was a fan RiverHe said he suggested Perez "I won't play."

He also commented that he left the two players with bandages (the most affected) to avoid infection, and He prescribed antibiotics.

Doctor Otamendi's diagnosis is key for the authorities Conmebol decided to delay the end Libertadores Cup until further notice.