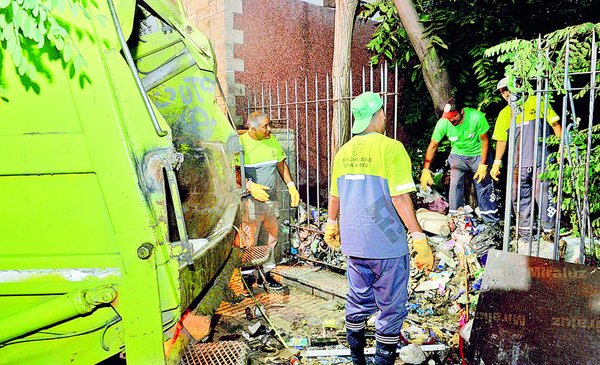 The Berisso painter is still interned in San Martín. There are epidemiological control operations in the Berissense environment. The number of provincial cases is maintained at 5

The painter from Berisso who was diagnosed with hantavirus continued to be interned in very difficult conditions last night at the Interzon General Hospital of Agudos San Martín in our city. Yesterday, after confirming this case, both in La Plata and in Berisso, environmental complaints for rodents and landfills were increasing, and the two communes showed different epidemiological control measures.

Yesterday, various versions of potential new cases being studied in this Region were transcended. From the Provincial Health Department, they confirmed that no new infections were confirmed.

About 40-year-old painters and neighbors from the Villa Argüello neighborhood, yesterday the former Policlínico director, Alberto Urban, explained that he had a "severe respiratory condition" and detailed that he was in intensive care, with breathing assistance, symptom treatment, and "vital support" .

"The Malbrán Institute study confirms that it is hantavirus, with strains that are not the same as Epuyén, but which are autochthonous from this region," he said.

Yesterday at Berisso, mayor Jorge Nedela led a cabinet meeting to coordinate action against hantavirus. In the meeting, which gave further details about the case was the municipal Health Secretary, Alberto Augstaitis, who reported that the patient's home "was on the 128 road between 67 and 68, where he lived with his family group". According to the official, the man "carried out duties as a construction worker, did masonry work and painted among others. In the past few weeks it was noted that he carried out different cleaning and painting in locations and especially in an old warehouse in the city of La Plata, where there seems to be some sort of contact with mice. "

"We talked to his wife," he continued, "and he was clearly suspicious of the place where he had worked for several days, it was the warehouse left where he cleaned," said the city secretary of Health Berissense.

Regarding the steps to be followed in this case, Augstaitis explained: "In this situation we treat epidemiological focus control, which includes going home, conducting inspections, seeing family groups under what conditions are living, analyzing all the environment and environment to take action proper environmental sanitation. "

With regard to the case of hantavirus affecting painters, Augstaitis emphasizes that not varieties are transmitted between humans. "This is the key to clarifying that this disease is not contagious between humans. The confirmed strain in this case is from the hantavirus called the Andes and does not spread among people".

The official explained that in order for these cases to occur "it is very important and necessary for the presence of mice." "Besides that it's not about rats, but colilargo rats which are carriers of hantavirus. Containing their impurities, urine that contaminates space and one of these products is evaporated into particles in the air and by inhalation of people infecting this type of disease.

According to the Provincial Health Department, at the end of this edition the number of registered cases of hantavirus patients in the province of Buenos Aires was maintained at five, although they said that they were "normal" cases for this year. Other episodes of confirmed hantavirus have been registered in the districts of San Pedro, Zárate, Navarro and Lomas de Zamora.

While in the neighborhood fears of neighbors growing, both the commune of La Plata and Berissense deployed operations to prevent possible cases of hantavirus. According to the Municipality of La Plata, for several hours the team carried out sanitation and cleaning work on land and certain sectors to eliminate the focus of infection and prevent the spread of the virus. Up to receipt of complaints at 147, "Municipal personnel appear on the property concerned and have dialogues with tenants to enable development of tasks; in the case of rejection, they act through the Legal and Technical Secretariat to be able to enter the house and avoid possible damage to neighbors in the area."

In the same way, the tasks of deratization are carried out in different environments, prioritizing where the presence of mice and those close to water have been reported, because zones are often inhabited by long-tailed mice that can transmit the virus.

In turn, communes form special teams that are in line with neighbor 147, with the aim that health professionals answer concerns and questions related to viruses. Neighbors can communicate with city channels and be attended by specialists who will provide all the necessary information about this disease.

Through requests to various ministries, the Provincial Memory Commission (CPM) requested that actions taken in prevention and deratization in prisons, police stations, closed centers for young and neuropsychiatric Buenos Aires to prevent the spread of hantavirus.

Neighbors can request deratization in community delegations or by contacting 147 neighbor service channels; while they can delete the feed for free, from Monday to Friday from 8 am to 4 pm, at the Zoonoses Directorate, at 52 and 120 hours.