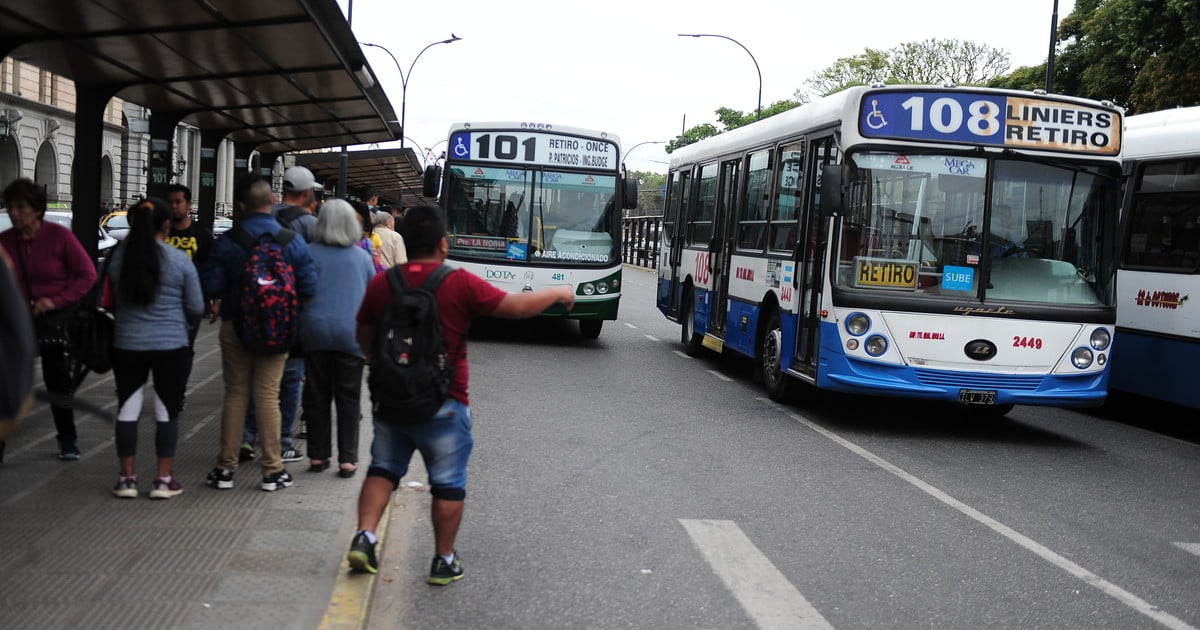 The national government announces new ones increase in buses, trains and subwayse which will be applied gradually as of January 12. On that date, the minimum collective ticket will be $ 15. On February 15, it will jump to $ 16.50 and, a month later, it will be set at $ 18. At that time, subway tickets will be charged $ 21. discounts from the SUBE Network for those who combine various means of transportation and Social Level.

What are we doing this weekend? | All proposals to arrange your weekend.

The move was announced at a press conference chaired by State Minister of Transportation, Guillermo Dietrich. He was accompanied by Secretary of City Transportation, Juan José Méndez, and deputy minister of the portfolio in the Province, Fernando Riavec. At the same time transfer of transportation financing to the province.

that subway section, on December 15 it increased from $ 13.50 to $ 14.50. And for February it is planned to raise it to $ 16.50, as part of the adjustments announced for this year. And while they haven't finished registering, more increases are anticipated at the press conference.

For April, the subway will be charged $ 21. Photo: Diego Díaz

So since March, they want to increase the value of an extra $ 2.50 subway trip and in April, $ 2 more. That is, he will jump first to $ 19 and then to $ 21. This is a 44% increase with respect to the current value and more than 27% with respect to prices that will take effect since February.

With SUBE RED, those who combine one or more public transportation devices within two hours will continue to get discounts. The second ticket will cost 50% less and, from the third trip, the discount will be 75%.