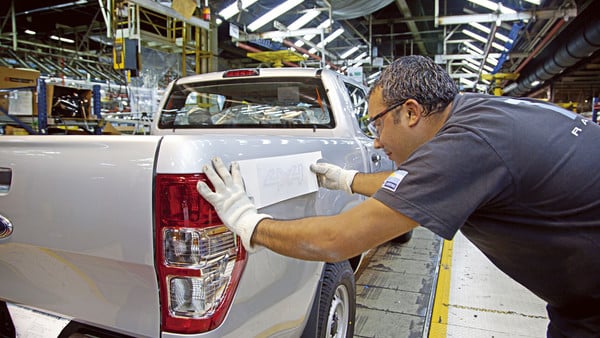 Sign in 2018 the trade balance closes with a deficit of US $ 3.820 million, less than half US $ 8,309 million from the previous year, as reported by the National Institute of Census and Statistics.

This result is obtained after in December the exchange will leave a profitable balance of US $ 1,369 million. Changes in the balance sheet trade balance (in December 2017 have a deficit) are due both low imports and higher exports. The impetus in outward shipments came by sectors related to energy and industrial manufacturing. In 2017, the exchange has shown a deficit of US $ 786 million.

Sources from the Ministry of Economy emphasized this "Exports of goods grew for the third year in a row. After increasing 1.9% and 1.3% respectively in 2016 and 2017, in 2018 they grew 5.1%. All this despite the fact that the country suffered the worst drought in 50 years, "they said.

The figures for December 2018 show the following: exports reached US $ 5,282 million and imports were US $ 3,913 million. By which, the commercial exchange registered a value of US $ 9,195 million, 7.5% lower than in December of the previous year.

that export in December they increased by 15.4% (US $ 705 million) in connection with December 2017. Prices dropped 3.6% and the amount increased by 19.7%. Primary product exports increased 36.9% YoY, agricultural manufacturing exports (MOA), 11.8%; Industrial manufacturing exports (MOI), 9.9% and fuel and energy exports fell 13.5%. In terms of seasonal adjustments, total exports in December increased 1.7% compared to the previous month.

In this context, the most falls are imports of capital goods (38%); fuel and lubricants (33.9%); parts and accessories for capital goods, (22.9%); consumer goods, (33.7%) and automotive passenger vehicles, 62.8%. And purchases of semi-finished goods are increasing, due to the strong increase in imports of soybeans. In terms of seasonal adjustments, imports in December 2018 increased 1.8% compared to the previous month.

According to official data, energy trade balance deficit at US $ 2,339,000, the lowest since 2012, This is explained by the sector's excellent export performance.

The expectations of the trade balance this year, LCG consultants, point out: "In 2019 We hope the trade balance will once again show a surplus, which we estimate will reach US $ 7,000 million. If so, It will be the best balance since 2012.

According to this consultation, the increase will come, above all, from the export side associated with increased yields, the recovery of expected growth for Brazil and increasing competitiveness after the devaluation will also help.

Also for consultants Ecolatina, exports will grow by around 7% and imports will drop by around 10% in cumulative 2019. According to the economists' vision, election uncertainty will have a positive impact on this front: "the exchange pressures that will be brought by the election will push up the exchange rate and, with it, inflation. Purchasing power can reduce foreign purchases even more the same strengthens exchange rate competitiveness and positions exports as counter-cycle outlets. As a result, what would be a "pessimistic scenario" for the remaining variables would act in favor on the external front ", analyzed.