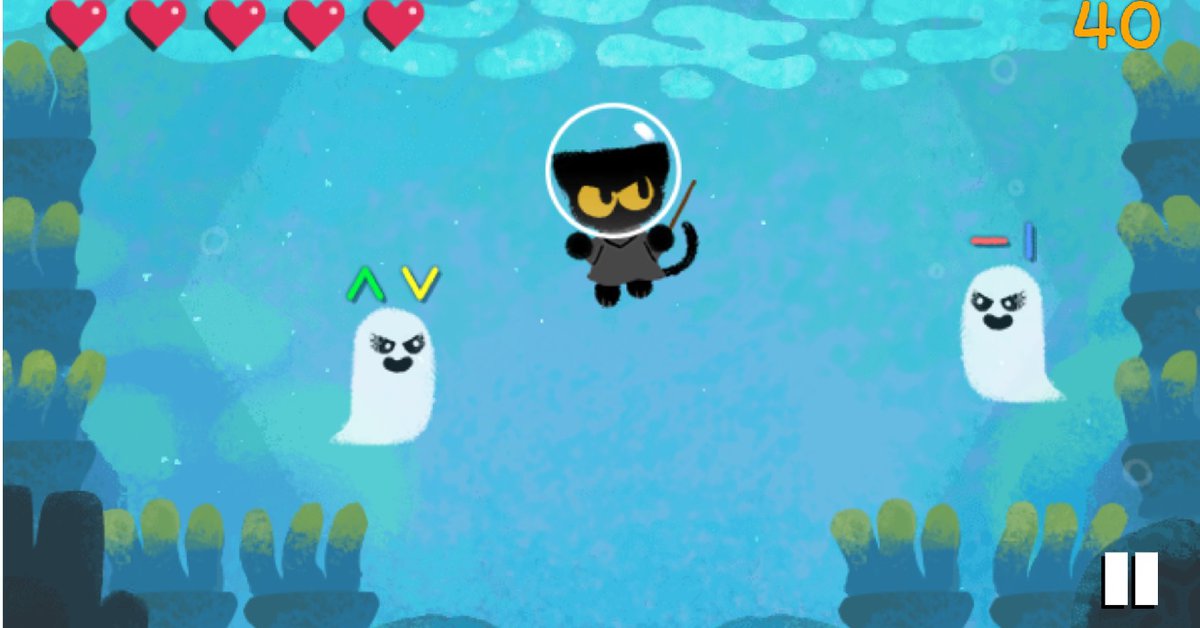 Google celebrate Halloween with a doodle containing a small virtual game. Clicking on the icon will trigger a small video that provides context to a digital adventure starring a black cat who is surrounded by a ghost.

Next, a screen is taken in which the little cat is seen with a magic wand that will allow him to fight the enemy in a very special way: drawing.

The symbol that appears on the ghost’s head must be drawn on the screen. If the graph is reproduced correctly the ghost disappears and thus advances to a level. It can be played from a cellphone or computer. In the first case, the lines are drawn by moving your finger across the screen, while in other cases, simply using the mouse.

Apart from this surprise, Google also “hid” some of the characters that allude to this holiday in the search engine. If you write “skeleton,” “ghost,” or “Halloween”, among other options, it will appear that Google will bring up, in addition to information related to this topic, an image with an icon that says “view in 3D.” By clicking on this option, users will be able to digitally transfer this object or character to their environment.

So, for example, you can see a ghost sitting at the table, a black cat wandering in the refrigerator or Jack O´ Lantern’s famous pumpkin in the library or anywhere else you want to put it, it’s just a matter of giving the imagination freedom. In order to be able to find this object and play with this option, you need to follow the steps mentioned in this note.

Google usually publishes doodles, as mentioned in the graphs that appear on search engines, which refer to characters, historic dates, or celebrations of various kinds. By pressing the doodle, the system presents user information related to the subject. Sometimes, as in this case, these images hide a surprise, such as a game or puzzle trying to entertain the user.

Apart from these games being published in honor of Halloween, there are a variety of fun activities. If you type “google doodle” into a search engine, the system will display a series interactive games that include classic games like Pac-Man or “Coding for Carrots”, which aims to teach the basic rules of programming, help the animated rabbit collect carrots in each level, create simple command combinations for the rabbit to execute commands.

Among the interactive proposals there are also options to play digital cricket, lottery and challenges with the garden gnomes. In addition to all this, there is a humorous proposal that honors Oskar Wilhelm Fischinger, a German film artist and director, who stands out in his abstract musical animation creations where he combines geometry with music.

MORE ABOUT THIS TOPIC:

How to find “hidden” 3D animals in the Google search engine