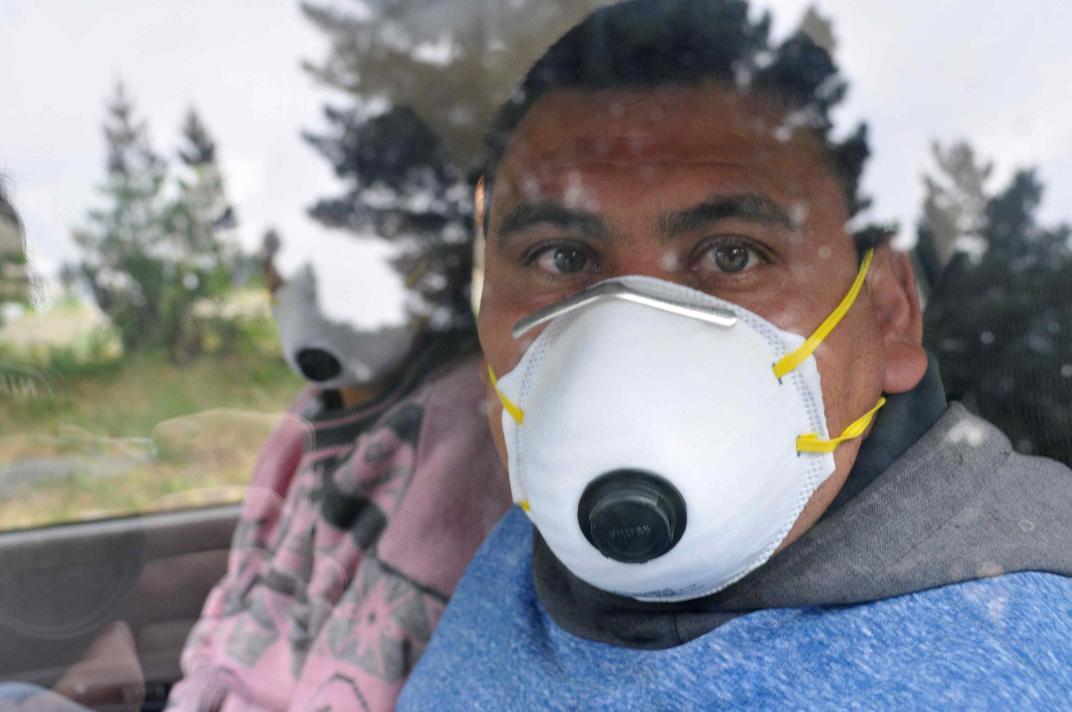 Hanta is a virus from the Hantaviridae family and from the genus Bunyaviridae.

This produces various diseases in patients; in America – especially in the United States and South America – it causes a condition known as the "cardiopulmonary hantavirus syndrome (SCPH).

SCPH is a lung disease whose presentation is severe pneumonia and produced by different hantaviruses. There is evidence of occasional human-to-human transmission.

In our country, more than 100 cases are recognized annually. Argentina and Chile are countries where SCPH is more common, but there are also cases in Brazil, Paraguay, Peru and Panama, among other regions.

-How is it transmitted?

– Transmission to humans occurs through inhalation of aerosols originating from urine, feces or saliva from vectors, but may also be due to the bite of an infected animal. This virus can survive at room temperature between 12 ° and 15 ° a few days, but it is not active 24 hours at 37 °.

Each hantavirus is associated with a different mouse species that acts as a vector and carries it as a chronic infection. Human exposure can occur in homes near the reservoir of rodents or when humans attack the natural habitat of these mice (rural workers, campers, etc.). In Argentina, mice Oligoryzomyslongicaudatus is vulgarly known as the "Colilargo Rat" because of the physical aspects that distinguish it.

Long tailed mouse. Rodents that intervene in transmission. (Courtesy of the Andes)

-How does it affect patients?

-The importance of this infection is the usually acquired severity, associated with the presence of serious changes in the lungs, which can lead to extensive compromise, related to the picture of arterial hypotension which indicates the presence of serious infectious pneumonia, due to extensive pulmonary involvement and circulation collapse . The patients mentioned above require patients to be hospitalized and undergo tracheal intubation and mechanical ventilation assistance to keep them alive with controlled oxygenation. Death is between 20 and 50%.

– How is it diagnosed?

– Rapid diagnosis is made by laboratory methods, polymerase chain reaction (PCR), reverse transcriptase which is available at specialized centers and allows to confirm immediate infection, or with serology, IgM by ELISA.

-How is it prevented and treated?

– Until now, vaccines have not been developed to prevent diseases caused by hantavirus. There is still no effective antiviral treatment for this disease and opportunities for survival arise from optimal critical care and temporary supportive measures are expected to produce.

In the most severe cases, lack of oxygenation and life-threatening circulation collapse. In this extreme situation, in addition to the support measures mentioned above, it is possible to replace disrupted pulmonary function for several days and provide circulatory assistance through oxygenation and extracorporeal circulatory assistance through extracorporeal membrane gas exchange with gas exchange. blood circulation is called ECMO (an acronym for the English term Extra Corporeal Membrane Oxigenator). This procedure must be done where it is prepared, because it requires vein cannulation by a vascular surgeon, complex equipment, and anticoagulation, and allows replacing lung function and helps circulation while recovering.

In Argentina, this tool exists in several health centers located in the largest cities. Although it is possible to move patients through the air for their care, it is important to have plans for this type of emergency, such as ECMO transfers, which, like in Chile, already exist in our country.