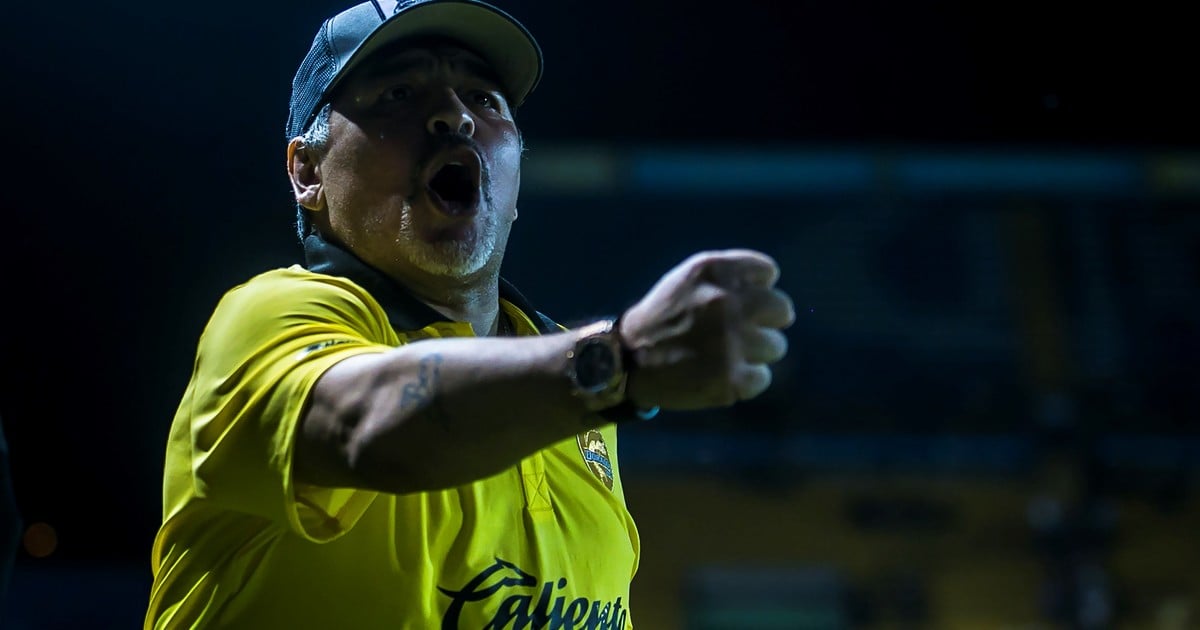 Dorados de Sinaloa, a team led by Diego Armando Maradona, failed to use their territory and were tied 0-0 against Mineros de Zacatecas in the first leg of the second division quarterfinal.

The first time to forget, with a low performance by both teams and only playing offensively in forty-five minutes.

Maradona made adjustments in the second half and his team were better, but failed to score and missed the chance to advance to a return duel at Zacatecas next Saturday from 19.

Without Argentine striker Jorge Córdoba, suspended, the "10" box seemed cut off from three quarters of the court going forward and did not have clarity at the final touch.

However, the clearest goal scorer in the entire match occurred in 85 minutes and that was for Dorados, when Colombian Juan Galíndez was left alone against the goal but his header went wide.

Maradona, in his first tournament on Mexican soil, took Dorados in the last place of the second division and took the team to seventh place, which was classified into the league for promotion. But a draw at home leaving the club in the northwest city of Culiacan was forced to win as visitors next Saturday in Zacatecas, a city in the country's north-center.

The Miners occupy second place in the standings in the regular season. But on October 20 they fell 3-2 at home to Maradona's team.

The first criterion for breaking a series in a promotional league is the position in the table.

Only one team goes up to the first division every year. As such, Dorados needs to win the final in this league and play a round-robin duel against the second tournament winner in the middle of next year.

If the team is crowned in the current tournament and in the next tournament, it will get a direct promotion.