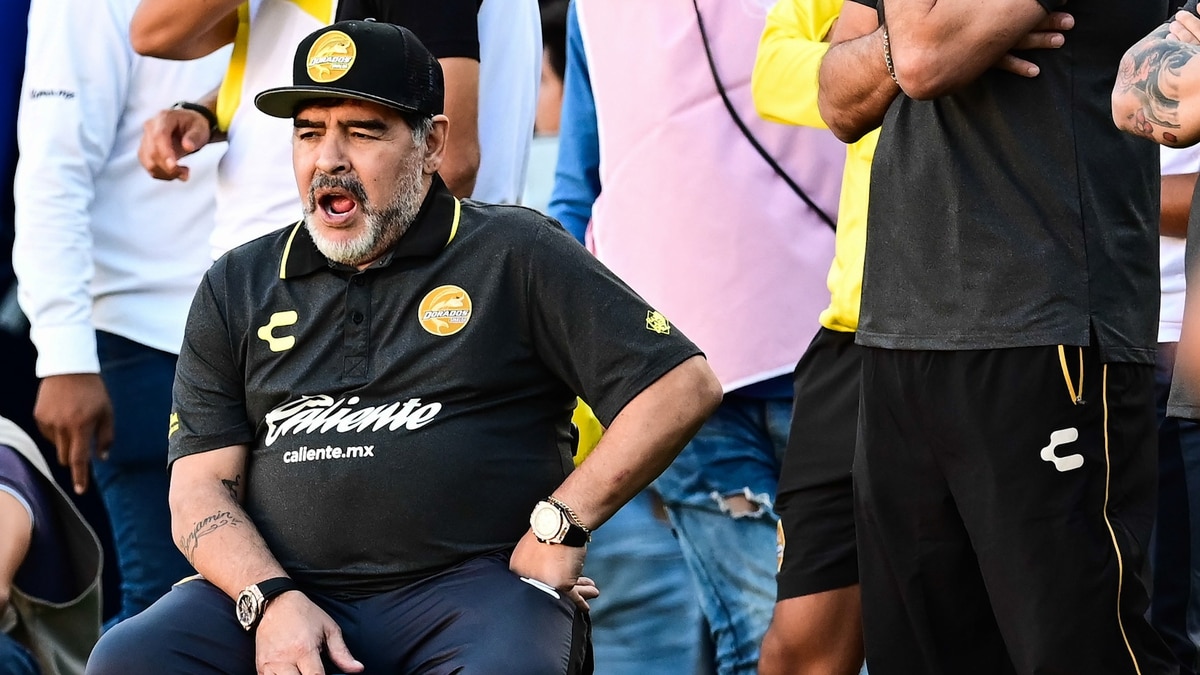 We are talking about the media Maradona: Maradona is becoming irresistible because she is the protagonist of the chimentos program and not from a sports program. A Maradona that allows people to talk about him 24 hours a day and is the person who speaks the least; Allowing their women to fight among themselves revealed all their misery on television.

Because for Diego who is mediatic, the head phrase is "divide and rule ": only believe that God achieves that everyone around him is inferior, fighting for his throne, for his love, for his money or for his favor. Thus permanently dividing love. When he loved Dalma and Gianinna, he hated children out of wedlock; When he loves them, it's because he fights with his older daughter: it's irresistible.

Because when everyone quarreled he said nothing, but When he spoke, all he did was muddy the court that was once tarnished with glory. He works as a medium for women who watch the chimento program and not for soccer fans who see him as the best in the world.

Because of verbal incontinence at the time giving the story left controversy everywhere and was able to say that Dalma did not want her grandmother, when her own daughter thought that she was the one who warned her about his death and did not even have her father in her marriage.: His hatred for Claudia Villafañe was replicated in his older daughters who did not deserve it.

Because his relationship with Verónica Ojeda fluctuated according to his love or lack of love for Rocío Oliva. Maradona does not know, does not want, nor can he alone. When he approached Ojeda, the same thing happened to his small son, Dieguito Fernando, who had just learned what it was like to have a father present for a short time. Veronica, who always loved her, saw the opportunity to return before Rocp's departure. Meanwhile "the macho" continued to let the women fight over him.

With Oliva you never know whether it's love or eternal revenge: It all started when he came to Buenos Aires in October and he appeared with blond hair on the pulpit in Los Dorados in Sinaloa, Mexico. Then, here, he was given several relationships; then comes separation and there is closeness with Ojeda. Now Rocío is "the worst thing that happened to him" when until now he was "the love of his life". Forming God is impossible. He found that now that he wanted to become a soccer player, he said he was delayed for years to accompany a man 30 years older than him.

Because Maradona represents in the media world the same as politicians who feed gaps. How many references, he likes or hates him; is on your side or against you. For enemies of seclusion; to friends everything to have it by his side. In short, it is a cause, effect, and reflection of their own beliefs.

Because Maradona, who declares Fidel Castro, the Kirchners or Maduro, his life as undemocratic as his idols: if not, if he is with his "regime", he releases revenge on his Viperin's tongue and the effect of being his enemy. The entertainment world no longer gives characters who occupy screens with soap operas that are similar to their environment. 90 minutes outside the court are hours of television media; and that makes it directly irresistible.