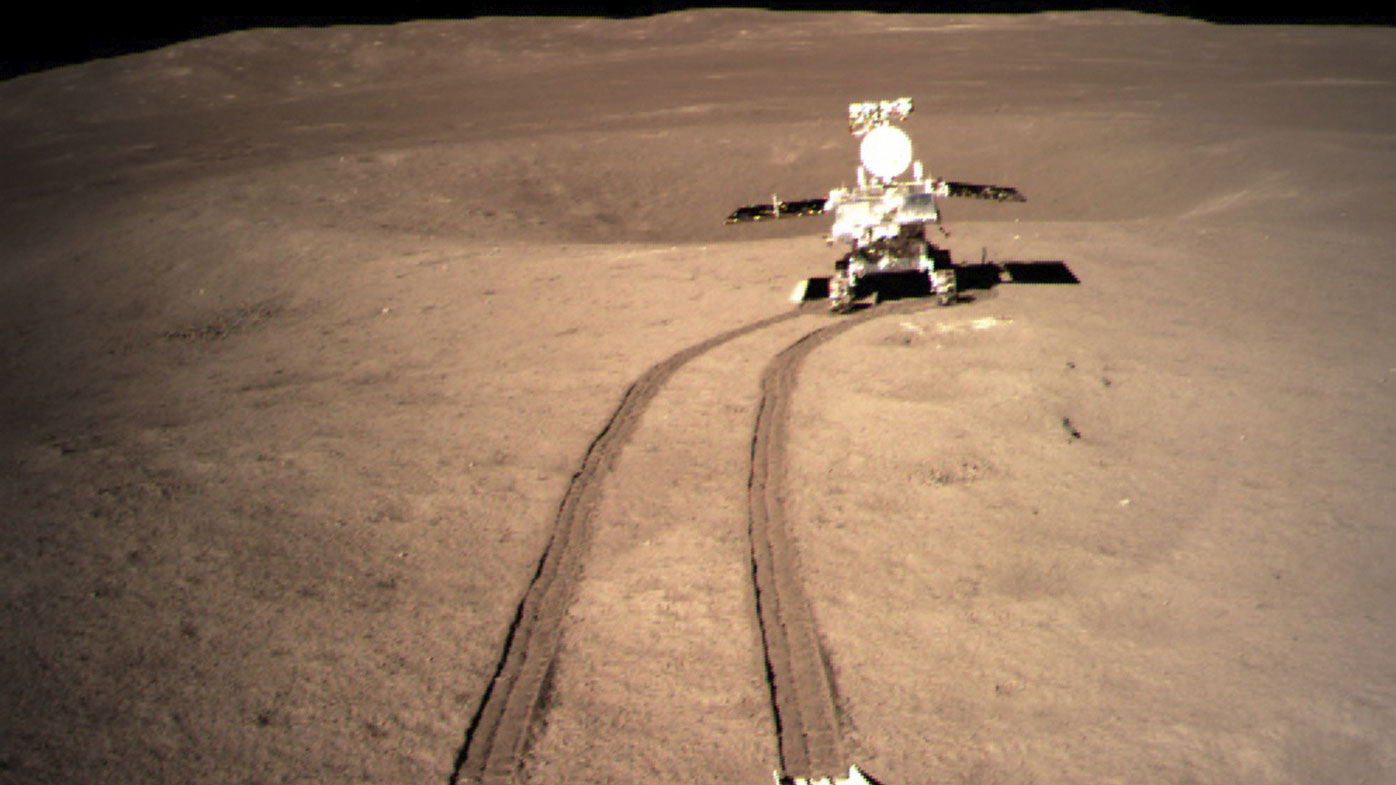 China's space agency has released new images of a strange substance its lunar rover discovered on the far side of the Moon.

In July, the Yutu-2 rover found a material described as "gel with a mysterious luster" by a state-sanctioned scientific journal.

Following the discovery at the bottom of a crater, the rover was given a new mission to investigate the substance.

With the help of obstacle-avoidance cameras, the Yutu-2 navigated the difficult terrain and carefully approached the crater, which contained the material unlike anything seen on the lunar surface.

Using its Visible and Near-Infrared Spectrometer – an instrument which reveals a material's makeup by detecting reflected light – scientists hoped to uncover any secrets the gel might hold.

Its scientists believe it is what many independent researchers suggested: the gel is melted glass created from meteorites striking the surface of the Moon.

The discovery isn't the first to come from the moon, with Apollo 17 astronaut Harrison Schmitt discovering orange-colored soil near the mission's landing site in 1972.

There could be further details about the substance in the near future, with the rover scheduled to be reactivated after a two week lunar-night shutdown.