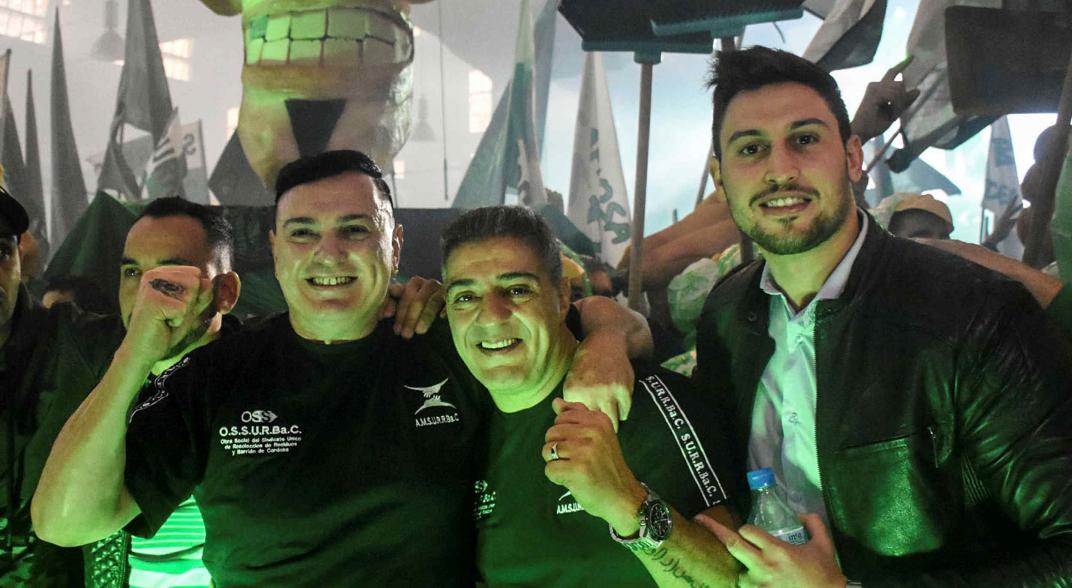 January brought a big surprise to Córdoba city taxpayers: there were at least 40 unions associated with the collection union (Surrbac) that formed a list of employees of a city entity. That information was made known by the issuance of this 38-year Decree, at Municipal Digest, which included a list of nearly 1,200 employees who appeared to work in the agency responsible for sweeping the streets of the city and processing final waste (Esop).

The decision was approved by the mayor of Ramón Mestre and the city's public service secretary, Pablo Farías.

Among the gremialistas in the city entity payroll are the two main authorities of the union, Mauricio Saillén and Pascual Catrambone, along with other members of the Surrbac steering committee, guild team (Amsurrbac) and social work (Ossurbac).

Many of these leaders also appeared as Esop employees.

In the case of Saillen there are at least seven relatives, of whom the best known are their children: legislators Franco Saillén, Juan Saillén and Micaela Saillén, with their three partners, in addition to the former wife of the leader, Verónica Quevedo.

As for Catrambone, there is also his son Agustín, his wife Adriana Oviedo and his brother Miguel Ángel, among others.

In the list of Mauricio Saillén political relatives, Carolina Scherrer, fiance of legislator Franco Saillén, with whom he shares his vacation in the Caribbean. Scherrer, as confirmed by Surrbac, is an employee of the Esop Human Resources area.

One hundred percent of Surrbac's supervisory commission, social work, and reciprocity are employees of the Esop communal entity. In other words, most managerial bureaucracies associated with unions are managed with city salaries. As far as it is possible to establish, there is no member of the guild executive committee working for a private garbage collection company. They end refugees in state agents.

The two main authorities of the Popular and Social Assistance Center Foundation, through which the union provides milk cups and gifts to children in the environment where it works politically, are Esop employees, because it is the wife of Catrambone mentioned earlier. and Saillén's ex-wife.

That was not the only surprise for the citizens of the Capital City. In the list of city entity employees Mauricio Saillén's guards appeared and even barrabravas were identified with Talleres and Belgrano clubs.

In addition, the list included Mario Cupertino, secretary general of the delegation Córdoba of the Sutcapra Pattovic guild, which Saillén intends to expand in the world of personal supervision and public entertainment events. There are also soccer players, technical directors, physical education teachers and Club Atlético Amsurrbac administrative staff, football clubs that are linked to unions that play in the Cordovan League.

In the list, which was officially published by the city government, presidents of environmental centers emerged in the neighborhoods of Villa El Libertador, Aldo Ortega and Santa Isabel I, Rodrigo de Toro, which responded politically to trade unions.

They also integrated payroll people who would carry out the duties of household staff in the private house of the union secretary general, Mauricio Saillén, in the Ayacucho neighborhood, because they affirmed this to mean exallegados to gremialista, who requested a reservation for their names.

People who will serve in the Surrbac guild activities also appear on Esop's salary salary.

All of these people must work as street sweepers on city streets every week or as operators at the garbage sanitation cemetery in Piedras Blancas, which works along National Route 36, south of the Capital.

Those who carried out administrative duties, from 1,184 who compiled the list, were the minimum, said secretary Pablo Farías to La Voz. Therefore, it is reasonable to conclude that most of Surrbac's union leadership, social work, reciprocal work, children and families of union members usually have to work sweeping the streets of the capital or throwing garbage in sanitary cemeteries.

"Board members enjoy union licenses, which are protected by law," La Voz Luis Zanetti, press officer of Surrbac, who was also employed by the town of Crese since 2009 and now also integrates a new list of Esop employees.

Consulting this matter, legislator Franco Saillén gave a different answer. He said that the management of the Surrbac board of directors did not have a union license but "they collected their salaries like other workers".

The use of a union license, it is known, is an option made by each union. You can use it or not. In the case of Surrbac, if everyone on the list used it, it would be a unanimous decision, because they included 30 members of the commission.

After repeated consultations with the city government, the entity director confirmed in a simple way that 20 members of Surrbac's board of directors were in union status, in addition to 10 members. This means that salaries are paid by Surrbac and that they are not settled with city resources.

In its April 1, 2018 report, the newspaper published testimonies from two former senior officials of the Crese city company appointed by Mestre, who said that the Municipality of Córdoba paid 1,300 salaries when, in fact, only 650 people

Seven former Surrbac members who spoke at the time with La Voz said that among the hundreds of people who did not go to work there were many union relatives, band members, employees who tended to be executive stalls and groceries from guilds, guards, guild staff, football clubs ball and environmental center Namely, the names that can now be verified form a payroll issued by the Municipality.

This newspaper wants to know whether the city government controls that 1,184 paid workers actually work at Esop. "The direction is that everyone works in Esop," Secretary Farias responded to the consultation. "Soon we will advance in the presenteeism control system with biometric registration, as in city dependencies".

Esop staff (and formerly, the city of Crese) have not yet appeared until now in the list of city agents that publish open City Government sites.

The list of Esop employees also contrasts with the suspicions that have accompanied for years the garbage service: that Surrbac is the real boss and decides on the human resource policies of the city's cleanliness entity. Crese's Human Resources, for example, is managed by Antonio Stranges, a man from Saillén and Catrambone, who now also appears on the agent list with his wife, Gabriela García, and his daughter, Josefina Stranges.

There were many testimonies from former collection employees who said that the person who made the decision to dismiss them was Pascual Catrambone, even though telegram dismissals were accepted by the authorities of Crese or Cotreco.

Two people related to Surrbac who agreed to respond to the newspaper's consultation said that the direct responsibility for the integration of the new employee list that included all members of the union and relatives was Mayor Ramón Mestre.

"The list of personnel who went to Esop was made together with the municipality, and the mayor ratified it with a decree containing his signature," Luis Zanetti said. Meanwhile, Franco Saillén also noted that "the appointment was at the request of the mayor, of the people he wanted to leave."

"The original," said Faras from palace 6 de Julio, "was that all system employees were Crese employees when Mestre took over. Then they went to Lusa and Cotreco for a while and there were always in Crese. When it was decided to do municipal service sweepers, there is a priority on collection services, and the truth is that you cannot place a worker with a knee problem behind the truck. Workers who can comply with this service are left at the company. "

As a result, in addition to Surrbac executives, the city government remains with employees who, due to age or physical condition, are not in a position to provide collection services, saving private concession fees from private concessionaires.

Esop costs 156,077,564 pesos per month for Cordoban residents in the capital. 75 percent of the figure is used to pay employee salaries.

Own poster. After controversy with board member Laura Sesma, posters with the name Mauricio Saillén were moved from the Esop building in Sarmiento Park. (José Hernández)

40 responsible unions in the city

Catcambone Pascual Interior Secretary in Surrbac. Vice President of social work. The vice president is reciprocal. Treasurer of Club Atlético Amsurrbac. Director of labor in the city of Crese. Managing Director in a company between cities Cormecor.

Edgar Rondal. Secretary of the social work process and prosecutor of the Surrbac Social Aid.

The original text of this article was published on 01/20/2019 in our print edition.